Nepal's Protesting Minorities Are Close to a Deal With the Government, Leaders Say

A group of Nepalese human-rights activists shout slogans against the border blockade by India during a protest rally in front of the Indian embassy in Kathmandu on Dec. 10, 2015
Narendra Shrestha—EPA
By Rishi Iyengar

Representatives of the agitating ethnic minority in Nepal, whose protests on the South Asian nation’s border with India have cut off key supplies for months, said Sunday that a deal with the Nepali government may be “within reach” following a three-week dialogue that seems headed in a “positive direction.”

A joint task force comprising members of the Madhesi community on one side and the country’s three leading political parties on the other have discussed the 11-point agenda put forth by the former over the past week, reports the Nepali Times newspaper.

“We are closer to an agreement,” Deputy Prime Minister Bhim Rawal told the Times.

The government acceded in late December to constitutional amendments that would grant the minority group the right to retain electoral constituencies in their region. In the ensuing weeks, however, the Madhesi leadership launched fresh protests after claiming the government is insincere about the talks.

The Madhesis, who have been protesting for proportional representation while alleging that Nepal’s recently ratified constitution is biased against them, have blocked large parts of the border with India for more than three months. Their protests have resulted in over 50 deaths and led to a shortage of fuel, medicines and other key supplies, bringing the landlocked Himalayan nation to a virtual standstill as it recovers from last year’s devastating earthquake and grapples with its customarily brutal winter. Further clashes at the border have led to several more injuries in the past week.

Nepal accuses its more powerful neighbor of tacitly supporting and even engineering the border blockade, a claim India has consistently denied. 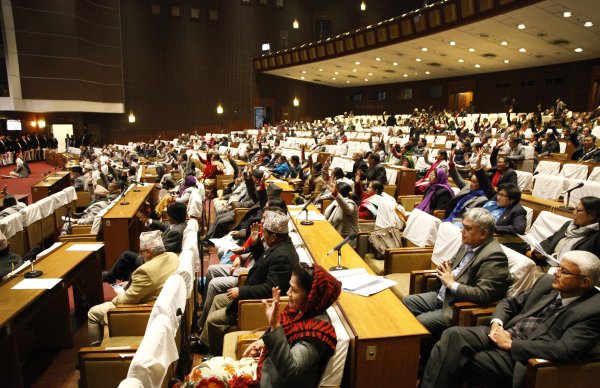 Nepal Agrees to Amend Constitution, End of Blockade Possible
Next Up: Editor's Pick