Most stars work with a stylist to select their red carpet looks for an event like the Golden Globes, or work with a designer to conjure a custom gown. Bryce Dallas Howard, who presented at the awards show Sunday night, picked hers up off the rack at Neiman Marcus.

But the Jurassic World star wasn’t just looking for a (relative) bargain with her blue sequined Jenny Packham dress. She took her styling into her own hands because she felt the options for a size six, which she wears, are too limited when it comes to Hollywood’s most glamorous nights.

“I like having lots of options for a size six as opposed to maybe one option,” she told Giuliana Rancic during the E! red carpet event before the show. “So I always go to department stores for this kind of stuff.”

It’s not the first time Howard’s wardrobe—or as the case may be, her character’s—has made headlines. Many were disappointed that her character in Jurassic World was forced to run from genetically modified dinosaurs in high heels. It sounds like this time she was much more comfortable. 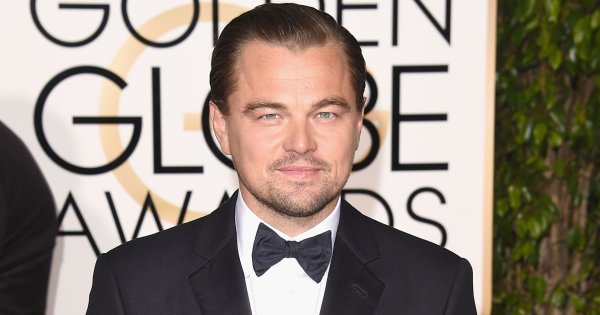 Watch Leonardo DiCaprio Receive a Standing Ovation for His Revenant Win at the Golden Globes
Next Up: Editor's Pick