Aziz Ansari, who was nominated a Golden Globe for Best Actor in a Television Comedy for his performance in Master of None, came prepared Sunday night. But not to win. He came prepared to lose to Jeffrey Tambor.

When Ansari’s name was called as the first of five nominees, the camera cut to a shot of Ansari with his face buried in a how-to book. Its title: “Losing to Jeffrey Tambor With Dignity.”

Ansari did lose the award (if being nominated and not winning a Golden Globe can really be called losing)—just not to Tambor. Though the Transparent star won the honor last year, this year the Hollywood Foreign Press Association recognized Gael García Bernal for his work on Amazon’s Mozart in the Jungle. 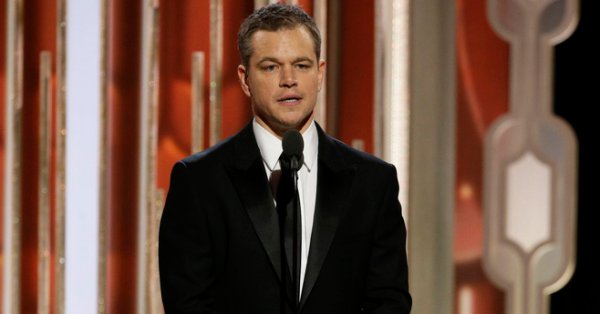