A Minnesota teen is getting a $70,000 payday because school administrators demanded her Facebook password to investigate her social media history when she was caught doing totally normal tween things in sixth grade.

Riley Stratton, now 15, was questioned by school administrators and a police officer after posting on Facebook that she hated a mean school hall monitor and had a sexually-charged conversation with a boy in her class. This was a shocking allegation, since everyone knows that sixth grade girls LOVE hall monitors and HATE flirting with boys.

Administrators demanded that she tell them her Facebook password so they could investigate her social media history, even though both the post and the conversation happened off-campus and outside of school hours. “I was in tears,” Stratton told the Star Tribune Tuesday, “I was embarrassed when they made me give over my password.”

The ACLU took up Stratton’s case, and won her $70,000 in damages from the school district, and the administration has promised to rewrite its privacy policies. “A lot of schools, like the folks at Minnewaska, think that just because it’s easier to know what kids are saying off campus through social media somehow means the rules have changed, and you can punish them for what they say off campus,” said Wallace Hilke, the Minnesota ACLU lawyer who argued Stratton’s case. “They punished her for doing exactly what kids have done for 100 years — complaining to her friends about teachers and administrators.”

Minnewaska Superintendent Greg Schmidt did not admit any district liability in the incident, but said the case highlights the debate over how big a role schools should play in parenting their students, especially when it comes to delicate issues like cyberbullying.

“Some people think schools go too far and I get that,” Schmidt told the Star Tribune. “But we want to make kids aware that their actions outside school can be detrimental.”

Now, thanks to the justice team at the ACLU, tweens everywhere can sleep at night knowing their principal will never see their steamy convos with Josh from P.E. 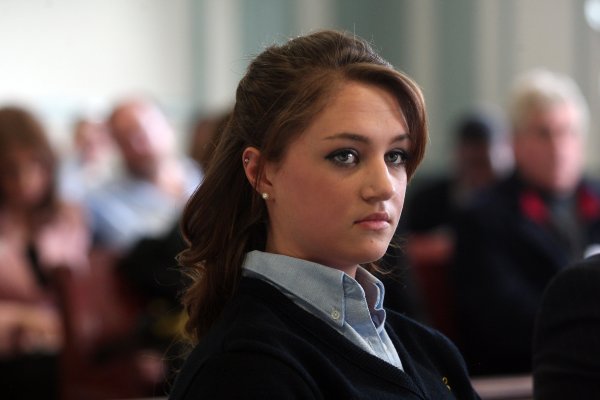