Sean Penn secretly interviewed Joaquín “El Chapo” Guzmán Loera for a Rolling Stone interview as the Mexican drug kingpin was on the run from authorities following his escape from a maximum-security prison. The head of the Sinaloa drug cartel was captured Friday after a months-long international manhunt, largely thanks to the interview with Penn, according to the Associated Press. Here’s what we learned about “El Chapo” from the meeting.

He claims to rarely resort to violence

El Chapo doesn’t consider himself to be a violent person and only uses physical force when he absolutely has to. “Look, all I do is defend myself, nothing more. But do I start trouble? Never,” El Chapo told Penn. When asked to define himself, El Chapo said he’s a “person who’s not looking for problems in any way.”

He had to approve the Rolling Stone article
Penn’s Rolling Stone story had to be submitted for El Chapo’s approval before publishing, according to an editor’s note at the top of the article, which was posted on the magazine’s website late Saturday.

He really enjoyed his freedom
El Chapo had been extremely happy since bolting from Altiplano maximum-security prison through an engineered mile-long tunnel in July. He said he’s been living his life with “lots of happiness – because of my freedom.” When asked by the Hollywood actor whether he would change the world, El Chapo said: “For me, the way things are, I’m happy.”

He’s been drug-free for decades
El Chapo hasn’t done any drugs in the last 20 years, he told Penn. He said he tried them “many years ago” but had never been an addict.

He’s very close with his family
El Chapo’s only hope is to spend the rest of his days with his family. “I want to live with my family the days God gives me,” he said when asked if he has dreams or hopes for his life. El Chapo also said he has a “perfect” relationship with his mother and worried his escape would put his family members at risk. He said he came from a “very humble family, very poor.” 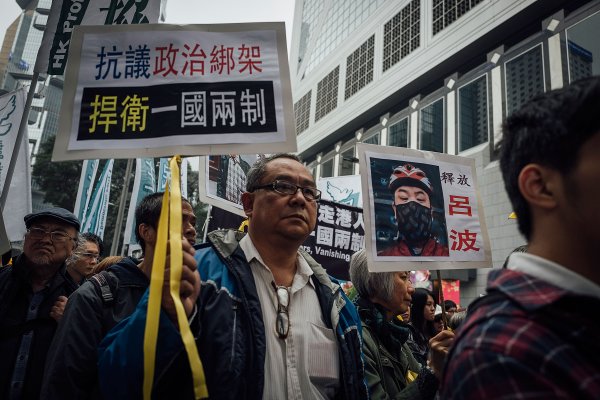