On a typical Tuesday night, Braeden Mannering is tucked into bed by 9 p.m. His bedtime, he told TIME via telephone Saturday morning, is 8:30 p.m. on school nights and 30 minutes later on Fridays.

But Jan. 12 is no typical school night and at 9 p.m. his evening will be just getting started.

On Tuesday, the Delaware sixth grader will attend the president’s final State of the Union address as an invited guest of the First Lady. And though his mom, Christy, is worried he may do a little nodding off, there’s a very slim chance he’ll be sleeping when he’s perched in the First Lady’s box.

At 12-years-old, Braeden knows it’s a big deal. “I’m pretty excited,” he says coolly, before adding, “it’ll be my third time going to the White House.”

At the ripe age of 9, Braeden submitted a healthy recipe to a White House contest (what he calls a Tortilla Bowl Deluxe, which features chicken breast chunks and lactose-free cheese) and was invited to attend the 2013 Kid’s State Dinner as a representative for the state of Delaware. Braeden says the First Lady challenged the epicurious guests to “pay it forward” after their experience at the Whtie House, meaning find ways to promote healthy eating in their own communities.

When Braeden and his mom Christy, 34, were on their way back to Bear, Delaware, after their White House visit, the pre-teen noticed two homeless people at the train station he asked his mom if they could help them out. He wanted to give them money. “And my mom said, you can give them money, but not all of it,” he recalls. “And she said you should find a way to help them more.”

The charge from his mom stuck with him. Days later, the sight of a homeless man with no protection from the rain on a dreary day again made Braeden hungry to help. Once home, he couldn’t stop thinking about the man. “So I went to the pantry and I grabbed a plastic bag and I started filling it up. I asked my mom to drive me back,” he says. He delivered a bag with a bottle of water, a two fruit snacks, a granola bar, and a bag of chips. The man thanked him and by then, he knew exactly how he wanted to answer the First Lady’s call to action.

Braeden launched “Brae’s Brown Bags,” a non-profit organization through which he packs and distributes sacks of healthy food to the homeless and the food insecure around his home state. Each bag would also contain leaflets informing the recipient of shelters and organizations that offer resources that could be useful to the person.

Since 2013, he’s distributed over 4,600 bags, raised over $52,000 dollars and gotten to visit five states–New York, Pennsylvania, Maryland, Florida, Georgia–to share the message of 3B and and inspire other kids to get involved. He launched an offshoot project, 3B Ripples, that helps schools around the country launch their own bag brown projects. Last May, he helped host a regional food conference in Wilmington, where he and nearly 200 other kids talked about food insecurity, eating healthy, and part everyone can play in ending hunger.

With a resume like that, it’s no wonder the 12-year-old was tapped to attend the State of the Union address in 2016, where the president is expected to discuss how the country has changed while he’s been in office. Braeden will sit alongside guests from across the country who “highlight the best of what America has to offer,” according to a White House official.

And though his mom Christy, a web developer who raises Braeden and his two step-siblings with Braeden’s stepfather Brian, won’t be sitting with Braeden while he’s watching the address she couldn’t be prouder. “Sometimes I hear people talking about him and it’s like an out-of-body experience, I’m thinking—wait, wait, they’re talking about my Braeden,” she laughs. “He’s very impressive. He impresses me every day.”

When he gets home from school, he gives his mom a call at work and she asks him for a “fun fact of the day,” the majority of his facts come from Social Studies class so Christy expects there will be plenty to keep his attention during the late night address. The 12-year-old also volunteered to write a paper for his school about his experience at the address.

To prepare for Tuesday’s speech, the Honor Roll student has been visiting the White House website to get a good sense of what the president will be discussing at the 2016 State of the Union. Topics like climate change, education, and social issues have peaked Braeden’s interest. “As long as I don’t overdo it with him Tuesday during the day,” his mom laughs, “he should be OK with staying awake.” Plus the adrenaline from all the excitement of being there should help.

And at 12, there’s something beyond a trip to the White House and having a front row seat to history that’s got Braeden excited about visiting Washington. This trip, he’s hoping to make a run to one of the nation’s capital’s many museums. 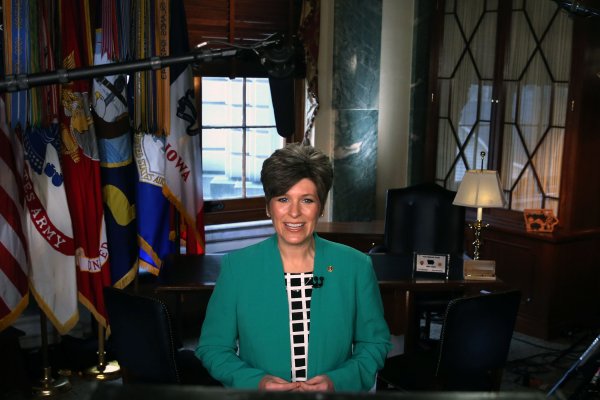 7 Interior Decorating Tips for the State of the Union Response
Next Up: Editor's Pick