Below is the first look at 11.22.63, the limited series adaptation of Stephen King’s bestselling novel.

The eight-part drama stars James Franco as a teacher who travels back in time to try and prevent the assassination of John F. Kennedy.

“I wasn’t alive when it happened, but it’s a big event,” the 37-year-old Franco told critics at the Television Critics Association’s press tour in Pasadena on Saturday. “It’s sort of become, in a weird way, legend for my generation where it feels like Marilyn Monroe or James Dean. But in fact it was this horrific event. I thought this story and approach was so great because it’s a fresh way in. We’re not exactly telling a history lesson … You get to learn everything all over again, but from a completely fresh perspective we haven’t really seen before. It’s a way to guide a new generation into what happened.”

Executive producer Bridget Carpenter told how the show shot in Dealey Plaza in Dallas and in assassin Lee Harvey Oswald’s apartment building. “It feels like you’re going to a wake … you skin feels different,” said co-star T.R. Knight about shooting in the Plaza.

Some changes have been made from the book, of course. Most notably Franco’s protagonist has been given a companion of sorts in his time traveling quest to help the character externalize some of his inner conflict. “Neither of us wanted to do a voiceover,” Carpenter said. “The book is such a great internal experience. J.J.’s excellent idea is he needs somebody with him so he can be dramatic so he’s not just staring hard at things all the time. J.J. helped me draw a character who existed in king’s book but I shifted him and made him more of a compatriot.” 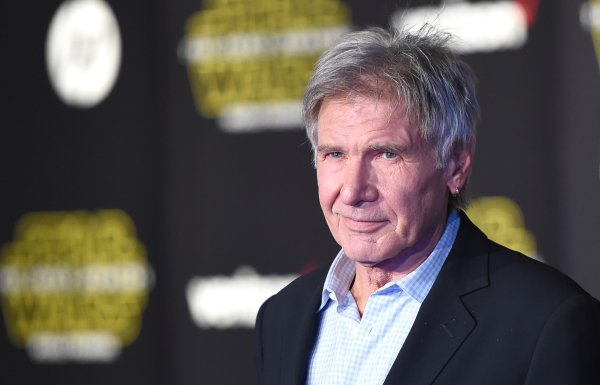