Sony's Digital Paper Is Another Attempt at a Huge, Expensive E-Reader

The tech product deadpool is filled with oversized e-readers, but Sony is taking another shot at it anyway.

Sony’s Digital Paper is a 13-inch touchscreen e-reader with an included stylus. It costs a cool $1,100, and will ship in May, though you’ll have to contact Sony if you want to buy it.

Sony says Digital Paper is aimed at business users, who could potentially replace binders full of paper documents with a single, lightweight device. At a weight of 0.79 pounds, it’s much lighter than an iPad Air, and it runs for up to three weeks on a charge. The display is big enough to support 8.5-by-11-inch pages at full size, and users can write on their documents with the stylus. A digital repository will allow colleagues to collaborate on documents.

In fairness, Sony pitching this device to businesses is basically its way of saying most people would never buy one. And we already knew that, given the failure of earlier attempts such as the Skiff, the iRex and the Plastic Logic Que. The grim fates of those larger e-readers were sealed after Apple launched the iPad in 2010, and I’m not aware of any company that has attempted a full letter-sized e-reader since.

Still, there’s something to the idea of a lightweight, electronic sheet of paper. Sony is at least stabbing in that direction, even if its Digital Paper is thicker, heavier and more expensive than what we’d ultimately like to see. 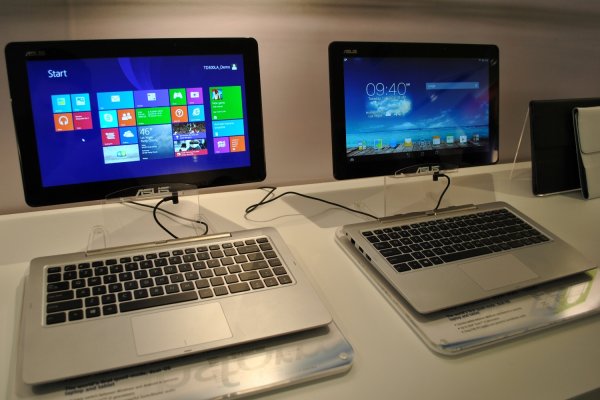 Don't Shed a Tear for the Demise of Dual-OS Devices
Next Up: Editor's Pick