Some of the highest ranking national security officials in the Obama administration are meeting Friday with technology firms in Silicon Valley, where they plan to discuss how to prevent terrorists from using new technologies to carry out acts of violence, the White House said Friday.

News of the meeting came just as the National Security Council announced the establishment of a new Countering Violent Extremism Task Force designed to “harmonize” the efforts of several federal agencies and their international partners in preventing terrorism at home and abroad.

Today’s meeting in San Jose, is expected to reinvigorate the bitter and long-standing controversy over encryption technology, which has pitted counterterrorism and law enforcement officials against privacy advocates, computer scientists and cryptologists.

The agenda for Friday afternoon’s meeting will include how to prevent terrorists from using the Internet to plan attacks, how to amplify messages that counteract extremist propaganda and how to disrupt terrorist organizations from using message rooms, apps and social media platforms to radicalize and recruit new members, said White House Press Secretary Josh Earnest.

He compared today’s cooperation between the government and Silicon Valley to prior successful efforts to combat the exploitation of children on the internet. “Tech leaders are patriotic Americans,” he said. “They don’t have any desires for child pornographers or potential terrorists to use their tech for harm.”

For years, top officials at the Federal Bureau of Investigations and the National Security Agency have been demanding that tech firms build “backdoors” into their encrypted apps and devices that would allow law enforcement officials, with warrants, to access suspects’ phones and messages.

The CEOs of the biggest tech firms, including Apple and Facebook, as well as privacy advocates and computer engineers, have pushed back. They say that “backdoors” don’t make technological sense. They argue that hackers, snoops and cybercriminals from Russia and China could just as easily use those “backdoors” to access droves of private consumer information, like bank account information and health records.

In October, the Obama administration appeared to side with Silicon Valley, releasing a report concluding that any vulnerability designed to help American law enforcement and intelligence agencies access consumer information could also be exploited by cybercriminals and terrorists. The decision, which was a major victory for open Internet advocates like the Electronic Frontier Foundation, infuriated top brass at the FBI and the NSA.

The horrific attacks in Paris or San Bernardino late last year reopened the debate. While there is no evidence that the terrorists in either incident used encryption to hide their communications, top law enforcement officials in the U.S. and Europe argued in the aftermath that encrypted platforms were thwarting their efforts to track criminals and prevent future attacks.

End-to-end encryption, which is used in popular messaging apps, like Facebook’s WhatsApp and Apple’s iMessage, makes it impossible for anyone except the end users to read the messages. As a result, even if law enforcement officials have warrants or court orders to tap an encrypted platform, all they can intercept is scrambled gobbledy-gook.

FBI Director James Comey has been one of the most outspoken critics of technology companies. “Lots of good people have designed their systems and their devices so that judges’ orders cannot be complied with, for reasons that I understand,” he said at a Senate Judiciary Committee hearing in December. “I’m not questioning their motivations. The question we have to ask is, ‘Should they change their business model?'”

Nearly every Republican presidential candidate has sided with the NSA and the FBI, although most were vague about how they would go about forcing tech firms to cooperate. At the Republican debate in December, frontrunner Donald Trump called for “closing areas” of the Internet. In a previous statement, former Florida Gov. Jeb Bush said encryption “makes it harder for the American government to do its job.”

Democratic candidates have been more circumspect. In June, Democratic frontrunner Hillary Clinton said government officials and tech firms needed to have a “real conversation” about how to prevent terrorists from using encryption, but said “there are really strong, legitimate arguments on both sides.” Vermont Sen. Bernie Sanders was more forceful. “I worry that we are moving toward an Orwellian form of society, where Big Brother—whether in the corporate world, or the government—knows too much information about the private lives of innocent people,” he said in an interview in June.

President Obama has also been vague. He said that the government and counterterrorism officials should work “more closely” with the tech community to fight terrorism.

Earnest, calling encryption a particularly “thorny element,” said that administration officials were aiming to stake out “common ground,” balancing the need for both “robust encryption” and “civil liberties and privacy,” while recognizing that it’s not ok for terrorists to use encryption “as some type of safe haven online.” 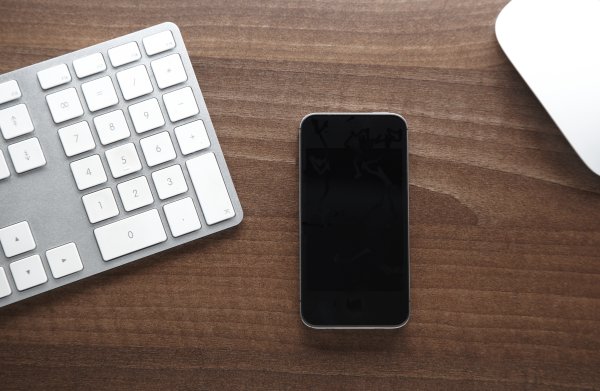 This Is What Happened When I Pocketed My Phone for a Week
Next Up: Editor's Pick