Why We Are Drawn to True Crime Shows

Getty Images
Ideas
By Scott Bonn
Scott Bonn is a criminology professor at Drew University and author of Why We Love Serial Killers.

Given the tremendous buzz and interest in reality programs such as Netflix’s Making a Murderer, about the exoneration and then murder conviction of Steven Avery, HBO’s The Jinx, about eccentric millionaire and possible serial killer Robert Durst, and Serial Season 1, about the case of convicted murderer Adnan Syed, it is clear that true crime shows are tantalizing to millions of people. This conclusion is supported by the passionate and loyal following demonstrated by Investigation Discovery network, which is entirely devoted to the true-crime genre of programming.

If you spend any amount of time watching true crime TV, you will quickly notice that the shows almost always involve one particular type of crime: murder. Often, too, the focus is on exotic, bizarre and especially grisly or disturbing incidents of murder.

In the extreme, the tales of murder depicted in true crime TV shows involve the gruesome and notorious exploits of serial killers such as the late Jeffrey Dahmer, Ted Bundy, John Wayne Gacy (The Killer Clown), Richard Ramirez (The Night Stalker) or David Berkowitz (Son of Sam). The morbid stories of these prolific killers have become popular culture legends.

Can we conclude that people are fascinated with death, and that this alone explains why true-crime shows are so popular with the public? I think not. As a criminologist and college professor who also is a former network television executive, I spent several years conducting my own research on the allure of true crime. More specifically, I focused on what many people would consider to be the most heinous of all true crimes: serial murder.

My research has determined that the public’s fascination with serial killers on television is multifaceted and complex. Serial killers tantalize people much like traffic accidents, train wrecks or natural disasters. The public’s fascination with them can be seen as a specific manifestation of its more general fixation on violence and calamity. In other words, the actions of a serial killer may be horrible to behold but much of the public simply cannot look away due to the spectacle.

People also receive a jolt of adrenaline as a reward for witnessing terrible deeds. Adrenaline is a hormone that produces a powerful, stimulating and even addictive effect on the human brain. If you doubt the addictive power of adrenaline, think of the thrill-seeking child who will ride a roller coaster over and over until he or she becomes physically ill. The euphoric effect of true crime on human emotions is similar to that of roller coasters or natural disasters.

The public is drawn to true crime because it triggers the most basic and powerful emotion in all of us—fear. As a source of popular culture entertainment, it allow us to experience fear and horror in a controlled environment where the threat is exciting but not real. For example, the stories of real-life killers are often for adults what monster movies are for children. Moreover, by following an investigation on TV, people can play armchair detective and see if they can figure out “whodunit” before law enforcement authorities catch the actual perpetrator.

After much consideration, I believe that for many people, including me, true crime shows generally offer guilty pleasure to thrill-seeking adults. Why is there guilt? It feels wrong or inappropriate for us to delight in the horrors inflicted on real people in true crime shows. Yet many of us relish watching these shows anyway. But although we may feel a bit guilty about indulging in them, we simply cannot stop. 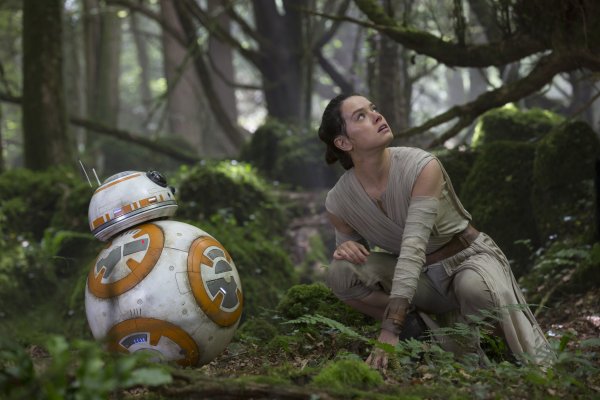 'Where's Rey' Proves Kids Are Light Years Ahead of Toy Companies
Next Up: Editor's Pick