Martin Shkreli Is Worth At Least $45 Million

Martin Shkreli is worth at least $45 million, according to newly released court filing.

According to the New York Times, a court filling disclosed by federal prosecutors Thursday shows that a brokerage account containing $45 million was used to secure the $5 million bond posted by Shkreli after his Dec. 17 arrest.

The Times says this brokerage account at E-Trade is the first public accounting of how much money Shkreli,the Turing Pharmaceuticals CEO who became infamous for raising the price of a life-saving pill from $13.50 to $750, has made.

Shkreli was arrested in December for securities fraud. 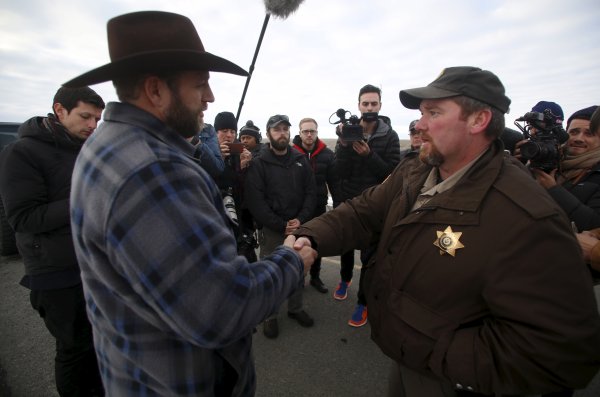 Oregon Protesters Reject Sheriff's Offer of a 'Safe Escort'
Next Up: Editor's Pick