The former Florida Governor made the announcement at an event Thursday in New Hampshire. The New York Times reports that the comment was unprompted.

“I get asked all the time: ‘Well, are you like your brother? Are you like your dad?’” said Bush. “I know there’s a real fascination about this. Let’s just — let me get this out of the way: I love my mother more than my dad.”

“Put aside all the 41 and 43 — who you like, all that stuff that’s a People magazine kind of fascination,” he said. “I’m blessed, that’s all I have to tell you.”

Bush continued to praise his family, but was careful to separate himself from his brother’s 2000 presidential run and presidency as a whole. “I’m blessed to be George and Barbara’s son, and I’m blessed to be George W.’s brother,” Bush said. “But the world we’re in today is dramatically different than 2000, when my brother got elected, and 2001, when the World Trade Center towers and the Pentagon and the plane went down in Pennsylvania.” 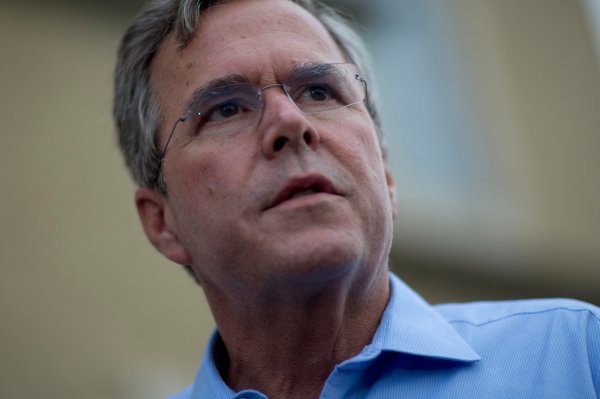 Jeb Bush Pens an Emotional Essay on His Family's Struggle With Drug Addiction
Next Up: Editor's Pick