At first glance, that seems par for the course: investors and corporations sue the government all the time over decisions, rules and policies they don’t like.

But this case is a little different. That’s because one of TransCanada’s two lawsuits against the U.S. government won’t take place under U.S. law., nor unfold in U.S. courts. In fact, it won’t be heard by a court at all.

Instead, the company has invoked a little-known treaty enforcement mechanism, buried in the North American Free Trade Agreement (NAFTA), called Investor-State Dispute Settlement. ISDS, as it’s known, allows foreign investors to challenge sovereign nations’ laws and regulations that they believe violate the terms of a treaty. Those legal challenges are not considered under U.S. laws, nor by U.S. judges or juries, but through a special arbitration process that takes place outside of any nation’s court system.

TransCanada’s legal challenge could reignite a simmering debate over ISDS. The mechanism is also included in the two, giant new free trade agreements coming down the pike: the Transpacific Partnership (TPP), knitting together the U.S., Australia, Japan, and nine other Pacific Rim nations, and the Transatlantic Trade and Investment Partnership (TTIP), linking the U.S. and the E.U.

Critics on both sides of the aisle worry that including ISDS in the trade deals could threaten U.S. laws and undermine national sovereignty. Last year, Massachusetts Sen. Elizabeth Warren argued that multinational corporations could use ISDS as a tool to challenge and undermine U.S. laws and regulations, including those governing food safety and Wall Street reform measures, while a growing cadre of libertarians criticized the mechanism for its distortion of the free market. Some Tea Party conservatives, meanwhile, see ISDS as a tool for corporate cronyism.

The Obama Administration, along with most multinational corporations and big business groups, including the International Chamber of Commerce, says those fears are grossly overblown. ISDS has been around for nearly fifty years and resulted in only eighteen challenges to the U.S., and the U.S. has never lost a challenge. (It has won 13; five are pending.)

In TransCanada’s ISDS challenge, the company is alleging that the Obama’s administration’s decision to cancel the Keystone pipeline was “arbitrary and unjustified”—a violation of the language in Chapter 11 of NAFTA that specifies that all domestic laws and regulations in the U.S., Canada, and Mexico meet certain thresholds of “fairness.”

“TransCanada has been unjustly deprived of the value of its multibillion-dollar investment by the U.S. administration’s action,” the company said in a statement. “Rather, the denial was a symbolic gesture based on speculation about the (false) perceptions of the international community regarding the administration’s leadership on climate change.”

If an ISDS tribunal finds that a law is unfair—protectionist, discriminatory, or otherwise “unjustified”—it can demand that the country pay an injured investor damages. In past ISDS cases, awards have ranged from a few million to a billion dollars.

TransCanada said it expects to see a loss of $1.8 billion to $2 billion for its fourth quarter due to the cancellation of the Keystone project.

ISDS tribunals are manned by three private citizens, usually corporate attorneys and trade experts, each of whom are appointed by one or both of the disputing parties. Tribunals have unilateral power to decide the outcome of a case. There is no appeals process under ISDS.

TransCanada also filed a lawsuit in Houston on Jan. 6 alleging that Obama’s decision to cancel the Keystone project was an “unprecedented assertion of Presidential power and that it intruded on the power of the United States Congress under the U.S. Constitution to regulate interstate and international commerce.” Unlike the ISDS case, that suit will be decided under U.S. laws, by a U.S. judge.

Read More: These 5 Facts Explain the Obstacles to the Trans-Pacific Partnership 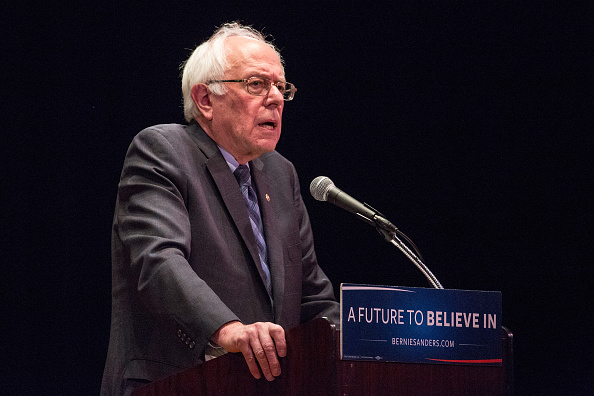 Why Conservatives Praise Bernie Sanders on Immigration
Next Up: Editor's Pick