Here's How High the Record Powerball Jackpot Could Climb

The largest U.S. lottery jackpot in history could easily grow to $800 million by Saturday night’s Powerball drawing – and even $1 billion next week if no winner is drawn.

A record-breaking $700 million is at stake Saturday after eighteen draws went by without a jackpot-winning ticket. That figure grew Thursday by $25 million and is expected to increase further before the lucky numbers are selected as states continue to see surges in ticket sales, Michigan Lottery spokesman Jeff Holyfield told TIME.

“It’s an upward spiral. The bigger the jackpot, the more players buy tickets and the bigger the jackpot gets,” Holyfield said Thursday. “This is when people really start flocking to the game. For $2, you have a chance to not even be rich, but I would say filthy rich.”

Read more: What To Do If You Win the Powerball Lottery

The jackpot had jumped to $524 million by Wednesday night’s drawing, which yielded no winner. It spiked by more than $70 million on the same day of the drawing due to strong ticket sales, officials said. If that pattern continues, “I wouldn’t be surprised if we saw a jackpot of $800 million,” Holyfield said. “We’ve got Thursday, Friday and all day Saturday,” he added.

Lottery officials last October changed Powerball game metrics to make it harder to win the massive jackpot while increasing players’ chances of winning smaller cash prizes, Holyfield said. “There were statistical analyses leading up to that, and the speculation was that it’s possible we could have a $1 billion jackpot within a year of the change,” he said.

If no winner is picked from Saturday’s ticket pool, players can “absolutely” expect the jackpot to reach that $1 billion milestone, according to Holyfield. “That’s well within the possibility,” he said. “No one can tell what those bouncing balls will do. That’s the fun part of this business.”

The previous record Powerball jackpot – $590.5 million – was won in May 2013, officials said. The last record U.S. lottery jackpot was set at $656 million in 2012 with the Mega Millions game. The Mega Millions jackpot was won on the 19th draw, Holyfield said. 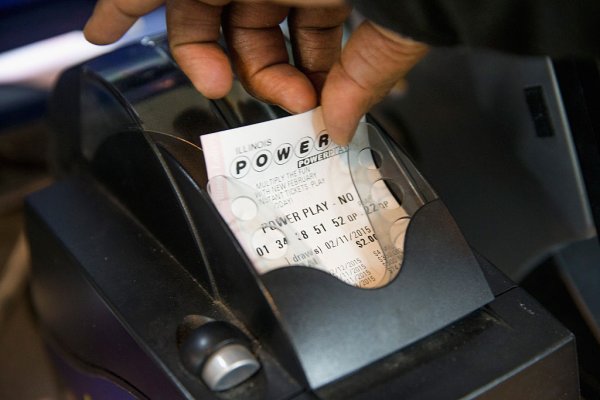 What to Do if You Win the Powerball Lottery
Next Up: Editor's Pick