Mufti Mohammad Sayeed, Leader of the Indian State of Jammu and Kashmir, Dies

Mufti Mohammad Sayeed, the chief minister of the Indian state of Jammu and Kashmir, died on Thursday in New Delhi following a short battle with illness.

Sayeed, 79, was hospitalized in the capital city on Christmas Eve, the BBC reports, and ultimately died of multiple organ failure.

On Twitter, Prime Minister Narendra Modi recalled Sayeed as an adept statesman who provided Jammu and Kashmir with a “healing touch.”

The founder of the restive state’s Peoples Democratic Party, which calls for the state’s self-rule, Sayeed served as chief minister for two separate terms — from November 2002 until November 2005 and again from March 2015 until his death.

He was also the first Muslim to serve as India’s Minister of Home Affairs, from 1989 until 1990.

Sayeed’s daughter, Mehbooba Mufti, is likely to take over as the state’s new leader, according to the BBC. 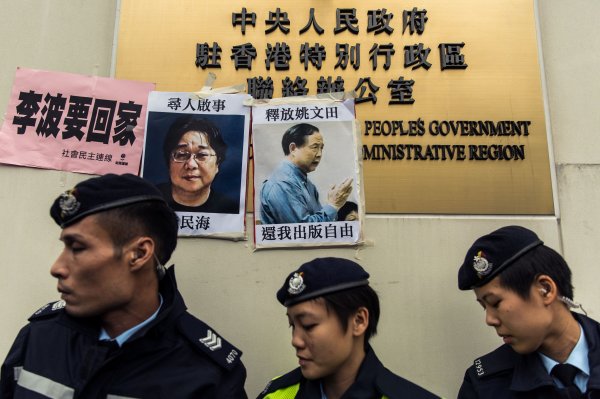 Hong Kong Fears for the Rule of Law
Next Up: Editor's Pick