I’ve never seen my co-worker Allen use a phone. I know he has one; I’ve called and texted him, and he asked my opinion on the iPhone 6 versus the Plus. But those are my only clues to its existence, because Allen has a strict no-phones-around-others policy.

That means he will not touch his phone, under any conditions, unless he’s alone.

When Allen first revealed his boycott, I thought he was crazy. I check my phone all the time, whether I’m with other people or not—out of necessity. How else am I supposed to stay on top of a constant flood of emails, social media updates, texts, and calls?

However, when I started watching Allen interact with the other people in our office, I thought maybe he was onto something. No matter who Allen was talking to—a client, our boss, another professional—that person seemed really engaged in the conversation.

So I decided to (literally) pocket my phone for a week. Here’s what happened.

I spent four hours straight with one of my colleagues finishing an extremely important project. It was incredibly difficult, but I kept my phone in my pocket the whole time. And for the most part, so did she.

This particular co-worker is a pretty active social media user, so I was really surprised to see her be so hands-off. However, over the course of the week, I saw this effect again and again—when people pull out their devices and you don’t, not only do they feel pressured to put them away again more quickly, but they’re also far less likely to re-check them.

We ended up finishing our project sooner than anticipated, in part because without the interruptions of our screens, we were able to find a flow and maintain it. The productivity boost was totally worth responding to emails a few hours later than I would have normally.

The take-away: Putting away your phone makes everyone more efficient.

The Muse: 6 Life Skills You Better Pick Up if You Want to Succeed at Work

2. People Liked Talking to Me More

I didn’t tell anyone about my phone ban, and no one said anything. Whether or not they consciously noticed, however, people really seemed to respond.

They could tell they had my undivided attention—not only was I not doing that half-nod, half-scroll thing, but I wasn’t even thinking about checking my phone. My listening skills went through the roof.

As a result, people were much more engaged. When we were discussing something light-hearted, they smiled and laughed more. When we were talking about something serious, they were more honest and thoughtful.

I even noticed people initiating conversations with me more. Instead of just saying, “How’s it going?” as they passed by me in the hall, they’d stop and ask what project I was working on or what my plans were the weekend were.

The take-away: Putting away your phone makes people feel appreciated and respected.

Well, according to the research. Studies show using your phone around someone else makes you seem less trustworthy and less empathetic.

In addition, even having a phone in view hurts our relationships—whether you check it or not.

According to the scientists who conducted the study, “Cell phones may serve as a reminder of the wider network to which we could connect,” which leads to “lower relationship quality and less closeness.”

The take-away: Putting away your phone will help deepen your relationships.

Since discovering these benefits, I’ve decided to follow Allen’s lead all the time. I’m not going to lie, it’s challenging!

These strategies make it a little easier:

If I know someone is waiting to hear back from me (or vice versa), while I’m still alone, I’ll send a quick email explaining how long I’ll be unavailable. If something is really urgent, I’ll keep my phone in my pocket, excuse myself to the restroom, and check it in there. It’s not ideal, but at least the people I’m with don’t see me using it.

Occasionally, I’ll miss an important email or return a call a little late. However, nothing has happened that’s made me regret not checking my phone. I may be a little harder to reach virtually, but in-person? I’m all yours—and my personal and professional relationships have never been better.

This article originally appeared on The Muse 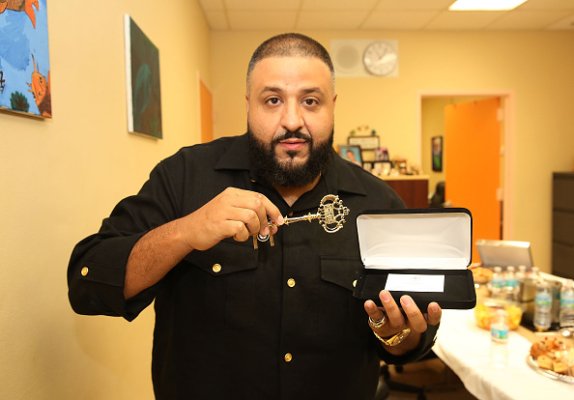 Understanding the Key Emoji and DJ Khaled's 'Major Keys to Success'
Next Up: Editor's Pick