The Bundys Are Stuck in Mormonism’s Past

Matthew Bowman is the author of The Mormon People: The Making of an American Faith, and an associate professor of history at Henderson State University.

Of all the armed militants who have occupied a federal building on a wildlife reserve in Oregon since last weekend, two are perhaps the most recognizable. One is Ammon Bundy, the group’s spokesman and son of Nevada rancher and self-described patriot Cliven Bundy, who has repeatedly claimed that God has aided his resistance to federal taxes and land use regulations. The other is the guard who identified himself as “Captain Moroni” to journalists. It has been widely reported that the original Captain Moroni is a prominent character in the Book of Mormon, a righteous military leader who defied his own corrupt government when it neglected to protect individual liberty.

What is less well known is that the original “Ammon” is also a Book of Mormon figure, a prophet who gained the trust of a king when he defended the nation’s lands and livestock from a group of thieves. Bundy’s namesake is thus doubly telling. It is true that the family’s ideology is deeply rooted in a particular version of 20th century Mormon political theology, but it is also rooted in the broader experience of Western land use and settlement, of which Mormons are a part. The Bundys’ ideology derives not only from Mormon thought, but from the Western experience. It reflects how the practical ideas of Mormon theology have developed in the context of the American West.

The progenitor of the Bundys’ particular brand of Mormon theology was Ezra Taft Benson, one of the more prominent Mormons of the 20th century. He was for many years a member of the Quorum of the Twelve Apostles, the second highest body in the Church of Jesus Christ of Latter-day Saints, and in old age served a quiet 10 years as president of the church until his death in 1994. In the 1950s and 1960s, however, he was not merely a Mormon leader, but a major American political figure, a member of Dwight Eisenhower’s cabinet and a prominent spokesman for the outspoken right wing of American politics that feared communist infiltration into all arenas of American life.

Benson adopted a particularly important concept in Mormon theology: the idea of “free agency,” which maintains that all human beings are free to choose right from wrong, and that the purpose of our lives on earth is to cultivate our moral insight and ability to choose good. For Benson, however—and for like-minded Mormons, from the author Cleon Skousen to Glenn Beck—free agency became not merely a moral principle, but a political axiom. Benson was among the first Mormons to argue that large government, be it the New Deal or the Soviet Union, strangled free agency, and thus he synthesized what I have described as a sort of moralistic libertarianism. He and the Bundys after him believe that government is not merely inefficient, but an inherent moral hazard.

Benson, however, did not come to these conclusions in a vacuum. Like many other Mormons in the late 19th and early 20th century, he was a farmer who owned land in southern Idaho. The settlement of the West demanded great effort and sacrifice from pioneers like Benson’s ancestors, and in part because of this, many of them embraced the myth of “rugged individualism,” which emphasized isolation and individual accomplishment, and rejected the reality of a West already crowded with Native American communities, federal funding, and settlers from places as far flung as China and Europe.

The Mormons, of course, had come to the West because they had suffered tangible persecution at the hands of Eastern governments and individuals alike, and they thus embraced the ideological isolation which rugged individualism offered. Within their community they experimented with economic communitarianism, but in their relations with other groups they sought as much independence as possible. Continuing federal attempts to stamp out plural marriage, and Mormon hostility to encroaching American capitalism, ensured that well into the 20th century a persistent distrust of the federal government lingered.

And yet, the leadership of the Church of Jesus Christ of Latter-day Saints has denounced the actions of Ammon Bundy and his peers. At the turn of the 20th century, under severe federal pressure, Mormon leaders abandoned polygamy, embraced patriotism and sought to integrate their community into American life. They embraced American political parties, invited American businesses into Utah, and generally sought to prove themselves good citizens. Older separatism, though, continued. Some Mormons began calling themselves fundamentalists, and clung both to polygamy and a rejection of American culture alike. This earned them excommunication from the LDS Church.

In this light, then, figures like Benson, who embraced both Mormonism’s accommodation with American culture and its older distrust of outside powers, appear to be embracing a middle way. They bridged the divide between the vast majority of modern American Mormons who perceive no conflict between their faith and their nation, and a more defiant past. The Bundys, on the other hand, have turned their back on that reconciliation. 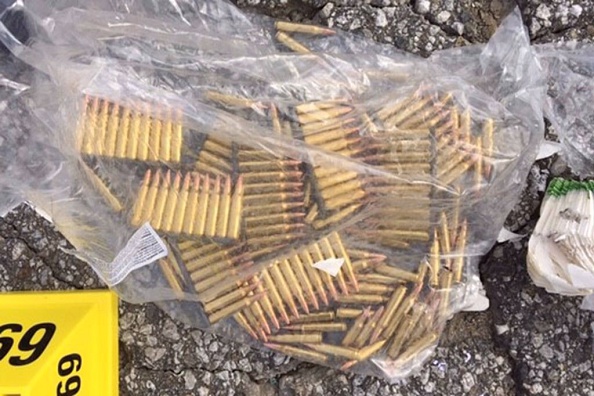 How Regulating Bullets Could Help Solve Gun Control
Next Up: Editor's Pick