Gun Control Is a Pro-Life Value

U.S. President Barack Obama wipes away tears as talks about the victims of the 2012 Sandy Hook Elementary School shooting and about his efforts to increase federal gun control in the East Room of the White House in Washington, D.C., on Jan. 5, 2016
Chip Somodevilla—Getty Images
Ideas
By Christopher J. Hale
Hale is a Democratic politician from Tennessee; he has been a Catholic nonprofit executive and helped lead faith outreach for President Barack Obama.

President Barack Obama’s decision this week to use his executive authority to act on gun control might be controversial here at home, but it has at least one fan abroad: Pope Francis. During Francis’s speech to Congress last September, he lambasted the global use of guns:

The Catholic Church’s advocacy against the U.S.’ inane gun laws has caught the attention of the gun lobby. In 2012, the American bishops’ modest work on the issue frustrated the National Rifle Association so much that they listed the United States Conference of Catholic Bishops on its enemies list.

Why are many Christians for stronger gun laws?

The reason is simple: Christians are pro-life. We are called by God to protect, defend and develop life at all stages—from conception on. And with more than 30,000 gun-related deaths in the U.S. every year, our nation’s gun violence is an affront to these pro-life values.

The Bible commands us again and again to say “yes” to life and “no” to death. Does this involve stopping the proliferation of deadly weapons? Absolutely. The prophet Isaiah even tells us that when the messiah enters into human history, he will “beat spears and swords into ploughshares and pruning hooks.”

Later this month, thousands of Christians and allies from around the U.S. will come together for the March for Life in Washington, D.C., to protest legalized abortion and to celebrate the gift of each and every human life. As part of this effort, Christians, too, must lift up the victims of gun violence in our nation and demand Congress do something about it.

Days after the Newtown tragedy in 2012, Jesuit priest James Martin put it well: “If one is in favor of protecting the unborn—and advocate for them, march in protest on their behalf, donate money to pro-life groups and encourage voting for legislators who protect the unborn—one should be equally in favor of protecting those lives six and seven years out of the womb, the ages of several of the children murdered last week in Connecticut.”

Christians must lead the effort for meaningful gun control in the U.S. Because in the end, you can’t be pro-life and pro-gun. 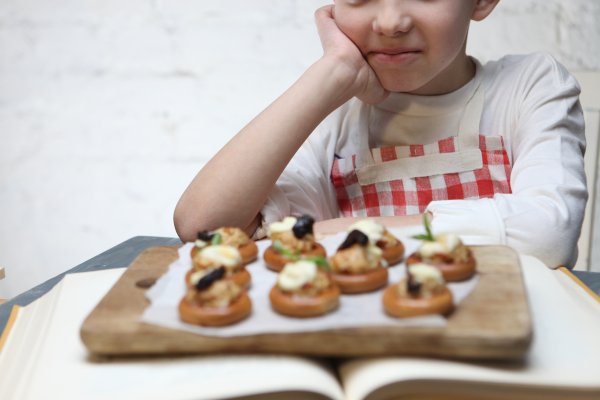 How French Kids Learn Such Great Taste
Next Up: Editor's Pick