Scientists Discover Meteorite 'Older Than Earth Itself' in Australian Outback

A team of Australian geologists have unearthed a 4.5 billion-year-old meteorite that appears to have traveled from farther away than Mars, retrieving it just hours before heavy rainfall would have washed it away.

The 3.7-lb. (1.7 kg) meteorite plunged to Earth in late November, and the team from Curtin University had been working to find it ever since, the university said. By New Year’s Eve, the team had tracked the meteorite to a remote spot on Lake Eyre in the Australian Outback, where geologist Phil Bland, a professor and the team’s leader, dug it out by hand as a storm approached.

“It was an amazing effort,” Bland said in a press release from the university. “We got there by the skin of our teeth.”

The meteorite is the first recovered with help from the Desert Fireball Network, a new series of 32 camera observatories across the Outback. It is thought to be from the early formation of the solar system, “older than Earth itself,” Bland said, according to ABC News in Australia. ABC reports the rock appears to have come from beyond Mars’ orbit.

“This recovery will be the first of many,” Bland said, “and every one of those meteorites will give us a unique window into the formation of the solar system.” 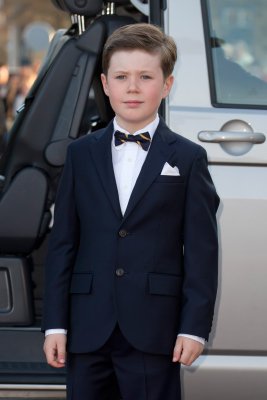 Lifeguard Unknowingly Saves Prince Christian of Denmark from Drowning
Next Up: Editor's Pick