By Maya Rhodan and Sarah Begley

North Korea’s claims that it had detonated a hydrogen bomb is not consistent with an independent analysis, White House Press Secretary Josh Earnest said Wednesday.

Earnest said there is “significant” skepticism, noting that “the initial analysis is not consistent with claims of successful nuclear test.”

“The international community is united in insisting that North Korea end the provocative acts,” like nuclear and missile tests, “and demonstrate a commitment to peace and stability,” Earnest says.

He added that National Security Advisor Susan Rice has spoken with Chinese officials on North Korea’s actions, while several cabinet members have been in touch with their counterparts in the region. President Obama is hoping to speak with Japanese Prime Minister Shinzo Abe and South Korean President Park Geun-hye by the end of the day.

In an earlier statement, Secretary of State John Kerry said the U.S. “will continue to work closely with our partners on the U.N. Security Council and in the Six-Party Talks to take appropriate action.” Earnest said the international community had discussed options for action in an emergency U.N. Security Council meeting on Wednesday morning, but he does not have any “specific, potential responses to itemize” at this time. 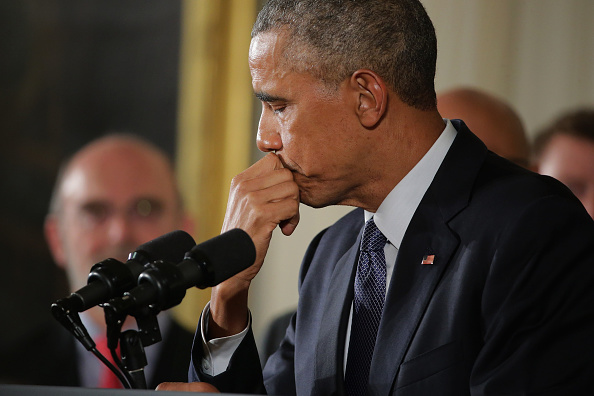 Why Obama Cries Over Gun Control
Next Up: Editor's Pick