Since he began running for the Republican presidential nomination, one of the harshest attacks Donald Trump has faced is over his friendship with the Clintons.

When Clinton was embattled as president, Trump defended him on TV. When the couple set up the Clinton Foundation, Trump gave at least $100,000. The couple even came to Trump’s wedding in 2005.

Candidate Trump has downplayed the association, arguing that he was merely hedging his bets as a businessman, and his attacks on Hillary Clinton have been pretty harsh, including calling her bathroom break during a debate “disgusting.”

So this description of his living room in a Harper’s Bazaar profile of Trump’s wife, Melania, stands out:

Trump may not be on friendly terms with the Clinton right now, but he still likes them enough to keep a framed photo on display near other family and friends.

Read Next: Here’s a Photo of Hillary Clinton at Donald Trump’s Wedding 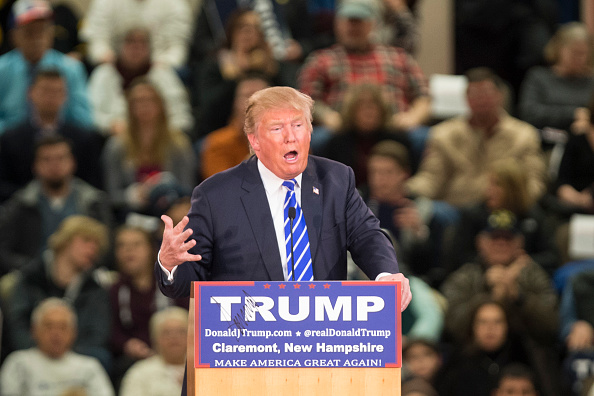 Why Donald Trump Is Turning Against the Media
Next Up: Editor's Pick