You miss your old familar friends, but waiting just around the bend…there’s the Feb. 26 premiere of Fuller House. The cast of the beloved ’90s sitcom will be back together for 13 episodes — although one member of the Tanner brood will be conspicuously absent. Mary-Kate and Ashley Olsen, who shared the role of Michelle in the original Full House, announced in May that they would not be returning for the spin-off.

But as disappointing as it is that the youngest Tanner sister won’t be around to utter her signature catchphrases, it’s nice to know the reasons behind the Olsen twins’ decision. Number one on the list: they no longer consider themselves actresses. Mary-Kate and Ashley grew up as child stars, but they haven’t appeared on screen since 2010.

“Ashley said, ‘I have not been in front of a camera since I was 17 and I don’t feel comfortable acting,'” executive producer Bob Boyett told PEOPLE. “Mary-Kate said, ‘It would have to be me because Ash doesn’t want to do it. But the timing is so bad for us.'”

As an added factor, the 29-year-old twins have also turned to the fashion world and production conflicted with the design schedule for their two lines, The Row and Elizabeth and James.

“Lori [Loughlin] was talking to me about the twins and said, ‘They just won a CFDA award,'” John Stamos, who plays Uncle Jesse, said. “And I’m like, ‘Yeah, that’s like winning an Oscar.’ It was them and Tom Ford. I get where they’re at.”

So how will Michelle’s absence be explained in the show? She’s off running her fashion empire in New York, of course. 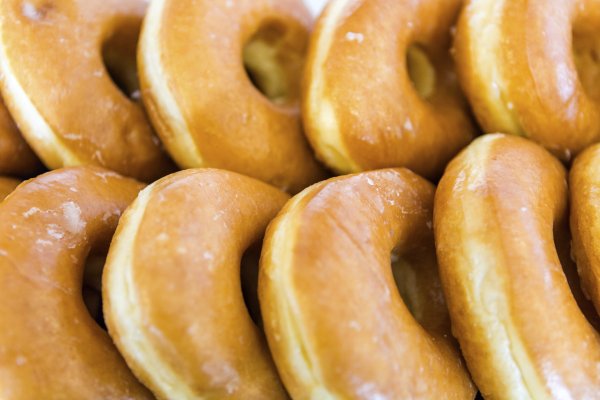 Now You Can Buy a $100 Doughnut Covered In Gold and Champagne
Next Up: Editor's Pick