Demonstrators march on Ontario St. in Cleveland, Ohio, on Dec. 29, 2015
Angelo Merendino—Getty Images
Ideas
By Kareem Abdul-Jabbar
Abdul-Jabbar is a six-time NBA champion and league Most Valuable Player. He is the author of the new book, Writings on the Wall.

Making New Year’s resolutions is such an optimistic gesture that it inspires hope in humanity, even in a year filled with such atrocious inhumanity. Acknowledging our flaws and seeking solutions to become better human beings is an admirable act of personal humility. Jotting down these vows is a celebration of the human spirit striving to reach its greatest potential. Just like individuals promising to be kinder, more compassionate and thinner, countries can also resolve to be better. We can take steps to fulfill the promises that this country has laid out in our Constitution. Toward that end, here are a few of the resolutions that I think will make America better in 2016.

It’s time for voters to stop indulging in personal agendas and to start thinking about what’s best for the country. That starts with demanding that our candidates and politicians speak both truthfully and logically—and when they don’t, to dump them and move on to someone who does. Allowing anything less is demeaning to the people who continue to support them and destructive to the country’s democratic process. When did we become convinced that lying and duplicity were acceptable character traits in our representatives?

We can start by either reforming or ignoring the presidential debates because they are harming the people’s search for the best candidate. As they now stand, the debates have no practical purpose. Anyone who will be persuaded to support a candidate based on the debates does not understand the president’s job, which never involves public debates, but does involve thoughtful analysis of information. It’s like judging a chef by how well they describe a dish rather than how well they cook it. It’s a lazy way for voters to choose based on all the wrong criteria, as if they were picking the Best Performer in a Daytime Drama.

If we are going to continue having debates, they need to be severely reformed. Professional logicians should be on the panel of journalists to call the candidates out when they make logical fallacies. In addition, every statement made by a candidate should immediately be fact-checked for accuracy and the candidates should be forced to explain when they misrepresent facts. Do not move on to another question until they explain or admit the lie. We should not let them get away with making false statements that only a fraction of viewers hear about a day or two later. That’s their strategy because they know that most viewers won’t bother to read the fact-checking sites that detail their lies.

For example, a super PAC supporting Republican candidate Jeb Bush is running anti-Trump ads using a quote from Bush in the fifth Republican debate: “Two months ago, Donald Trump said that ISIS was not our fight.” However, that quote is taken out of context. Trump only suggested the U.S. avoid fighting ISIS in Syria but supported us fighting them in Iraq. It was a lie then, and it’s a lie in the ad because it deliberately distorts the truth for personal gain.

Trump’s lies have earned him the top spot in the Republican field. Not as president but as “King of the Whopper,” as FactCheck.org crowned him due to the extensive list of outright, unequivocal lies. The fact-checking project PolitiFact also named Trump’s campaign the “lie of the year” after concluding that only one of 77 statements was true while three-quarters were categorized as “mostly false,” “false,” or “pants on fire.”

Sadly, those are only a few examples from dozens from almost all the candidates. How do they get away with it? We let them by not withholding our support or forcing them out of office when they lie. So let’s take responsibility ourselves and demand better candidates worthy of the great responsibility we are giving them.

Black Lives Matter’s website states that it is “working to (re)build the Black liberation movement.” From what I’ve seen so far, the movement is a necessary and welcomed evolution of the black movements of the past decades. Its members are richer and broader in their scope and much more inclusive in the people they represent. According to the website, “Black Lives Matter affirms the lives of Black queer and trans folks, disabled folks, black-undocumented folks, folks with records, women and all Black lives along the gender spectrum. It centers those that have been marginalized within Black liberation movements.” This is a 21st century political movement that has learned from the past with a sharp eye on how to improve the future.

As with all grassroots movements, anyone can claim to represent Black Lives Matter simply by carrying a sign or wearing a t-shirt while carrying out whatever form of protest they deem important. This is both a strength and a weakness for the group. It’s a strength in that it empowers everyone to have a voice, encouraging all people to join the fight. It’s a weakness in that some acts can misrepresent, dilute or distort a unified voice. This is a common problem in all political movements. Without a unified voice and clearly stated, specific, achievable goals, a movement can lose its power to effect real change. That’s what made Occupy Wall Street ultimately ineffective.

Black Lives Matter is having a positive impact. Last August, the Democratic National Committee endorsed a resolution supporting Black Lives Matter. More than 1,100 black professors have publicly supported the group. In December of 2015, Black Lives Matter was in the running for the Time Magazine Person of the Year. Celebrities including Serena Williams, Russell Simmons, Kanye West, Prince, Beyonce, Jay Z, Samuel L. Jackson, and Stephen Colbert have openly supported them.

This year I’d like to see more celebrities, politicians, educators, scientists and others publicly endorse Black Lives Matter to fuel them with more popular support to continue their mission of equal opportunity and treatment for all people.

As I have stated in previous columns about gun violence, I collect guns from the Old West, and my father and grandfather were both police officers. But in the wake of almost daily mass shootings, it’s clear that there are some minor adjustments to the current gun laws that might make us safer without restricting our rights. One such law would be banning gun sales to those on the U.S. government’s no-fly terrorist watch list. In fact, according to a Quinnipiac University poll last month, 83% of Americans support such a ban. Yet when this measure was presented to the U.S. Senate following the December San Bernardino massacre of 14 people, it was voted down 45-54.

If a vast majority of the people want the law, and the president of the U.S. wants the law, then why is it not law? The obvious reason is that the gun lobbies pay a lot of money to prevent even the most obviously necessary law. Total contributions to candidates from the National Rifle Association PACs is 77 times larger than contributions from individuals. In 2015, gun-rights groups spent about $8.4 million. The top recipients, all Republicans, were Ben Carson, Ted Cruz, Paul Rand and John Boehner.

Gun sales rise after mass shootings in part because people are afraid. What if we could pass a few laws that reduced the mass shootings and therefore decreased people’s fear? That would be bad for the gun industry’s sales, which totaled $4.1 billion in 2014. There’s a lot of money to be made by the gun industry and politicians by elevating public fear.

This week, following President Barack Obama’s announcement of his modest plan to enact sensible gun control through executive action, gunmaker Smith & Wesson’s stock reached its highest value in the company’s history. Smart money is betting that politicians and gunmakers can frighten the public into spending more on guns while cowering in a corner afraid to enact even the most reasonable restrictions. This year, let’s show them that they can’t scare us out of doing the right thing.

4. Put More Women Behind the Cameras in Hollywood.

The average person sitting in the movie theater gobbling popcorn and slurping Diet Coke may not see what the big deal is about having more women directors, editors, writers, producers and others in behind-the-camera jobs. Especially when it seems as if they are seeing more tough women role models on the screen, like Rey (Daisy Ridley) in Star Wars: The Force Awakens and Furiosa (Charlize Theron) in Mad Max: Fury Road. But the sad truth is that in 2014 only 17% of behind-the-camera jobs on the 250 top-grossing films were filled by women. The even sadder truth is that this is the same percentage as in 1998. Nothing has changed in 16 years.

Second, by reducing female participation in one of our most influential art forms, we are decreasing the accuracy, frequency and influence of their voices. One study found that in films directed by women, 42% of the characters are female; in male-directed films, only 32% are female. By increasing the physical presence of women behind the camera, we will be increasing stories that portray their points of view, an important step in eliminating the disparity between genders currently in our culture.

The hoverboard isn’t just a hoverboard. It’s a symbol of faith in American technology to solve not just the major problems of climate and disease, but also provide us with instruments that enhance our freedom. Since Marty McFly presented it to us in Back to the Future II and III, Americans have been anxiously awaiting the hoverboard’s arrival as the announcement of a new era in which we finally defy gravity on a personal level.

That’s why the current so-called Hoverboard is not only a disgrace to the concept, but the name embodies everything we loathe about American hucksterism in politics and in daily life. There’s nothing wrong with the product itself, except for the occasional bursting into flames, but to sell a two-wheeled device as a hoverboard is like calling a calculator Artificial Intelligence. It cheapens our collective dream for the future.

Obviously, there are many more resolutions Americans could make. Yet, this is a modest and manageable place to start. While about 40% of Americans make New Year’s resolutions, only about 8% achieve their goals. A third don’t even last to the end of January. So the odds are against us. But Americans thrive in the face of overwhelming odds. As American political philosopher Hannah Arendt said: “The new always happens against the overwhelming odds of statistical laws … the new therefore always appears in the guise of a miracle.” In 2016, let’s work together as a nation to make a few miracles come true. 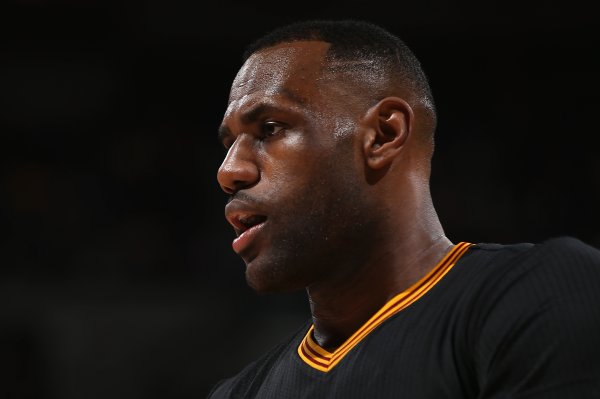