Tech Companies Are Looking Backwards to Sell You Stuff

Nostalgia is a powerful force. The faintest smell or sound of something familiar can instantly transport you backwards in time, no flux capacitor required. Internet publishers have long known nostalgia’s power to compel clicks — that’s why your Facebook feed is littered with stuff like “Things Only a 90’s Kid Will Understand.”

Now, technology companies are learning this Jedi mind trick too. Firms in a field better known for being on the leading edge are scouring their back catalog for anything that might sell with a “retro” cachet. Appropriately, it’s happening mainly with brands whose best days are behind them. Perhaps they’re hoping their customers remember that bygone era as fondly as they do.

Nothing is more emblematic of the nostalgia trend that the resurrection of Polaroid. The brand that became a household name on the back of instantly-developing photos has been through legal hell and back. Now, it’s busy churning out a well-reviewed lineup of cheeky photography gear sporting the company’s classic bright, bold colors.

Polaroid’s lineup at the CES trade show this year, like a camera that can print photos as well as upload them to the web, feel like a natural reaction to the Instagram era. It’s a company that’s asking: Is it a good thing that all of our photos exist solely on Facebook’s servers, rather than stuck on our fridge? Still, it’s an open question whether Polaroid’s resurrection will work as consumers continue doubting if they still really need a standalone camera.

But what Polaroid is doing has nothing — nothing — on a move by a rival photography brand of yesteryear. Wander over to Kodak’s CES booth this year, and you’ll find a prototype camcorder. Yes, a camcorder. Yes, it’s 2016.

But this is no record-video-to-a-flash-card affair. This bad boy shoots Super 8 film, the stuff revered by movie geeks across the world. The camera will be priced between $400 and $750, The Wall Street Journal reports, while processing the film will cost upwards of $50 a pop. Rich J.J. Abrams wannabees rejoice, I guess?

And then there’s Sony. It doesn’t fall into the same category as Polaroid or Kodak. Sure, it’s no longer the dominant force in consumer electronics that it once was. But successes like the PlayStation 4 have kept the company from joining the ranks of the once-great, now-late. Still, it’s also dipping its toes in the pool of its corporate past.

One of the most buzzed-about products at last year’s CES was Sony’s revamped Walkman. It got attention for two reasons: First, the kinds of people who attend CES are the kinds of people who carried around the original Walkman portable cassette player back in the day, jamming out to their all-Rush mixtapes (guilty!). Second, there was the price: An eye-popping $1,100-plus. Sure, the back-from-the-dead Walkman was aimed at high-end audiophiles. But spending more than $200 or so on an audio player in 2015? Walk, man. This year, Sony is back at it, though under far more reasonable terms.

Nostalgia can certainly drive sales. Just ask Nintendo, a company that has smartly leveraged its aging intellectual property while simultaneously injecting new life. But playing on shoppers’ fond memories can only go so far. Slapping a familiar name on an inferior product won’t fool anybody in the long run. Resurrecting a legacy brand to raise awareness about a great new device, though — that might just work. 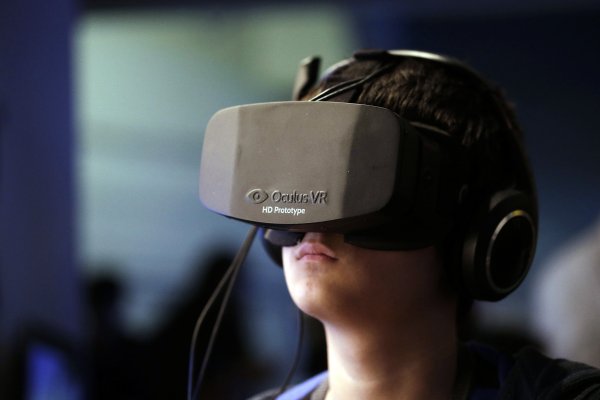 Here's How Much the Oculus Rift Will Cost and When You'll Get It
Next Up: Editor's Pick