While the British Parliament prepares to discuss banning Donald Trump from the country, the Republican presidential frontrunner’s business organization said the ban would “create a dangerous precedent.”

The Trump Organization said in a statement to Fox News on Tuesday that banning Trump from entering the country would indicate the United Kingdom “opposes free speech.” It also said the ban would “alienate the many millions of United States citizens who wholeheartedly support Mr. Trump and have made him the forerunner by far in the 2016 presidential Election.”

The Trump Organization also said the ban would cause an end to all current and future financial investments it is contemplating in the U.K.

The discussion to ban Trump from the U.K. stems from an international debate on Trump’s proposal to temporarily stop all Muslims from entering the U.S. after the San Bernardino shooting in December. Trump’s comments were reportedly included in an Al-Qaeda affiliate recruitment video.

Home Secretary Teresa May said in a statement that the country could ban someone if it “considers their presence in the UK to be non-conducive to the public good.”

The debate set for Jan. 18 will not result in a binding vote. 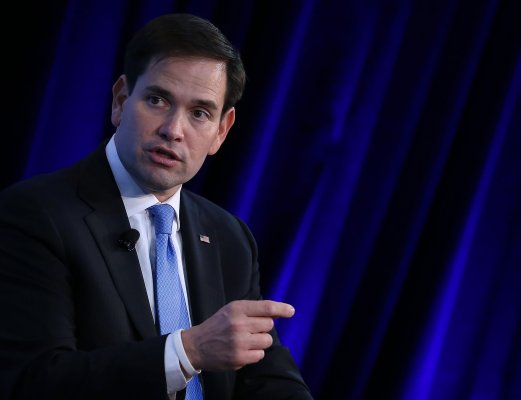