Energy investors got clobbered in 2015, and are hoping for things to turn positive as we head into the New Year.

What can we expect in 2016? Here is a rundown of some key trends to watch for:

1. U.S. oil production contracts. Oil output in the U.S. has declined by about 300,000 barrels per day to 9.3 million barrels per day (mb/d). Most energy prognosticators, including the EIA and the IEA, see U.S. production falling by around 0.5 mb/d in 2016. The decline could be steeper than that, however, given the plunging rig count, high depletion rates, and extraordinary capex cuts. Time will tell.

2. LNG supply up, prices down. While the oil market could be reaching for a bottom, LNG’s downturn could just be getting started. JKM prices, a maker for delivery in Asia, have fallen by two-thirds since the 2014 peak. February 2016 delivery cargoes are going for $7 per million Btu (MMBtu). But more global liquefaction and export capacity is set to hit the market in 2016, exacerbating the glut. The first export facility in the U.S. – Cheniere Energy’s Sabine Pass – will start up soon. Australia will see several large projects startup as well, including Chevron’s Gorgon and Wheatstone LNG facilities as well as Inpex’s Ichthys LNG terminal. China is not buying LNG at the rate that developers expected. With supply set to jump faster than demand, prices will remain low and could fall even further.

Oilprice.com: What Comes After The Commodities Bust?

3. Dividends on the rocks. For oil and gas companies, dividends are sacrosanct. Companies have drastically reduced spending on new projects and severely culled payrolls in order to stop the bleeding. But how long can they hold out before cutting dividends? Are dividends worth protecting if it means sacrificing future production growth? Eni already slashed its dividend in 2015, the largest company to do so. Marathon Oil recently cut its dividend as well. Could the oil supermajors be next?

4. Renewables gain ground. 2015 was the best year yet for solar power, with over 7 GW of installations in the U.S., a record high. But the next few years could dwarf those numbers. The extension of the solar investment tax credit will lead to cumulative installations in the U.S. quadrupling to 100 GW by 2020. Wind and solar now routinely capture most of the new electricity generation capacity installed in the U.S., and are rapidly becoming mainstream options for electricity in many parts of the world.

5. Iran returns. The historic nuclear agreement in 2015 will allow Iran to come back to the oil markets after over four years of isolation. Iran plans on bringing back 500,000 barrels per day almost immediately after sanctions are lifted, which could come as soon as January. Within a few months, Iran says it could bring another 500,000 barrels per day back. The extra supply will bring OPEC’s output above 32 mb/d, and will add to the giant global pool of oil.

6. Natural gas levels off. Natural gas production continued to hit new record highs in 2015. But with storage levels rapidly filling up, having topped 4 trillion cubic feet in November, prices have dropped to their lowest levels in over 15 years. That is forcing some wells to be shut in, and the prolific Marcellus shale could already be in decline as a result. Absent a cold winter (with 70-degrees seen in New York City on Christmas Eve, the winter has gotten off to a warm start), storage levels could remain elevated next year, weighing on prices. There is a growing consensus that Henry Hub natural gas prices could stay below $3/MMBtu for the next few years.

7. Geopolitical unrest. The fall in oil prices are sapping governments of much needed revenue. That, in turn, could destabilize certain places. Venezuela tops the list, with a default not out of the question in 2016. Foreign exchange is running low, and debt payments will come due. Iraq is another country in which low oil prices have affected its security situation. Looking across the global landscape at this point, it is hard to see governments falling because of oil revenues drying up, but the price collapse has weakened some especially oil-dependent governments.

8. Defaults and bankruptcies. Through mid-November, 36 oil and gas companies filed for Chapter 11 bankruptcy, encompassing $13 billion worth of debt. That figure will rise in 2016. Reuters reported on a rising incidence of forced bankruptcies, in which creditors take delinquent oil and gas companies to court over failed payments. With the additional negative effects from the recent downturn into the mid-$30s per barrel still to be sorted out, the default rate should accelerate in the next few months.

9. M&A. Royal Dutch Shell may have jumped the gun on purchasing BG Group in April, as it tried to get ahead of an oil price rebound. With a bit of hindsight, shareholders are now wondering if Shell overpaid. In any event, as the market bottoms out and starts to rebound, there will likely be a flurry of consolidation as stronger players scoop up weaker ones. Many expected that to occur in 2015, but aside from Shell’s landmark purchase of BG, there were only a handful of others. That will change in 2016.

10. Prices rise. While everyone was wrong about the price rebound in 2015, all eyes are on late 2016 for the correction. IEA says that crude oil demand increased by 1.8 mb/d in 2015. The world will add another 1.2 mb/d next year, helping to erase most of the supply overhang. Rising demand will come as supplies fall. That could allow prices to rise to $60 per barrel by late 2016. 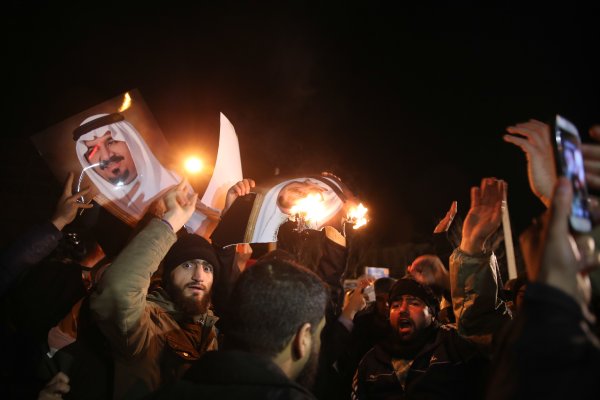