North Korea’s purported H-bomb test Wednesday makes clear the cost-benefit analysis of dealing with what President George W. Bush called the “axis of evil” shortly after the 9/11 terror attacks. That was his shorthand way of describing North Korea, Iraq and Iran in his 2002 State of the Union address. Since then, the U.S. and many of its allies have dealt with the three so-called “rogue nations” in three very different ways.

When Bush first declared the axis of evil on Jan. 29, 2002, he focused on Iraq. Fourteen months later, the U.S. invaded Saddam Hussein’s country, a war that killed 4,495 U.S. troops, cost more than $1 trillion, and served as a trigger for regional turmoil and a catalyst for the rise of ISIS. That’s the bad news. The good news: Iraq’s nuclear program is as dead as Saddam, executed in 2006.

Last year, the U.S. and five other allies struck a deal with Iran designed to delay Tehran’s nuclear ambitions for at least a decade. While hardly perfect—instead of killing Iran’s nuclear programs, it allows them to simmer—it does represent a firebreak in Iran’s push for membership in the atomic club. It represents a low-cost, potentially high-benefit, gamble to blunt Iran’s nuclear-weapons effort.

Then there’s North Korea. Under Kim Il-sung (in power from the country’s founding, in 1948, until his death in 1994), his son, Kim Jong-il (who ran the country from 1994 until his death in 2011), and his grandson, current leader Kim Jong-un, Pyongyang has resisted restrictions on its nuclear-weapons work, and then cheated when they have been imposed.

“This test is a measure for self-defense the D.P.R.K. has taken to firmly protect the sovereignty of the country and the vital right of the nation from the ever-growing nuclear threat and blackmail by the U.S.-led hostile forces and to reliably safeguard the peace on the Korean Peninsula and regional security,” North Korea, using the initials for its formal name of the Democratic People’s Republic of Korea, said in an official statement heralding the Wednesday morning test.

While North Korea said it had tested a fusion-fueled hydrogen bomb—far more powerful than a more rudimentary fission-fueled A-bomb—outside experts are skeptical and the White cast doubt on the claim later Wednesday. Initial reports suggested a seismic event occurred near North Korea’s traditional nuclear test site at 10 a.m. Wednesday, but the shock wave it created matched that of the less-powerful version. If determined to be a nuclear detonation, it would mark North Korea’s fourth known test.

In any event, U.S. officials doubt North Korea could miniaturize such a weapon, put it atop a missile, and have that missile reach even Hawaii or the western coast of the continental U.S. with any accuracy.

But Pyongyang is getting steadily closer.

North Korea began its nuclear-weapons work in the 1980s, with help from Pakistan, and its initial acquisition of some atomic bombs apparently took place in the early 1990s. “Our policy right along has been oriented to try to keep North Korea from getting a significant nuclear-weapon capability,” Defense Secretary William Perry told TIME in 1994, making clear it already had a small arsenal.

Perry dealt face-to-face with North Korea leaders in 1999, after leaving his Pentagon post, as an emissary for President Clinton once a 1994 deal designed to end Pyongyang’s nuclear ambitions fell apart. Upon arriving in North Korea, and seeing that there were no meetings scheduled with its military leaders, Perry requested one. According to Perry’s new memoir, My Journey at the Nuclear Brink, the conversation between the former U.S. defense chief and the North Korean general went like this:

“I appreciate candor in diplomacy,” Perry said of the mention of his longtime home, “but this was, perhaps, overdoing it.”

Of course, a nuclear weapon isn’t worth much without a means of delivering it. That means North Korea’s push for missiles is always a subject of intense U.S. interest.

“Intervening before mortal threats to U.S. security can develop is surely a prudent policy,” Perry wrote, along with current defense secretary Ashton Carter, in 2006 when it appeared that North Korea was readying for a nuclear-capable missile test. “Therefore, if North Korea persists in its launch preparations, the United States should immediately make clear its intention to strike and destroy the North Korean Taepodong missile before it can be launched.”

But the George W. Bush Administration did little beyond warning North Korea against such a test, which Perry and Carter criticized in TIME several days later, after the missile test failed. “Critics of our article, including members of the Bush Administration, say that a pre-emptive strike is too risky,” they said. “But if the U.S. is ever going to defend a line in the sand with North Korea, that is the least provocative way to do it, and next time it will only be riskier.”

That was a decade ago.

In his memoir, released in November, Perry expresses concern that the more than two decades of U.S.-led efforts to thwart North Korea’s nuclear goal have yielded little (unlike Wednesday’s test, which South Korea estimated had a yield of 6,000 tons of TNT).

“By 2015 we faced an angry and defiant North Korea that had armed itself with six to 10 nuclear bombs, was producing material for more bombs, and was testing the components of long-range missiles,” he writes. “Based on those outcomes, this is perhaps the most unsuccessful exercise of diplomacy in our country’s history.”

Read Next: Here’s the Difference Between a Hydrogen Bomb and an Atom Bomb 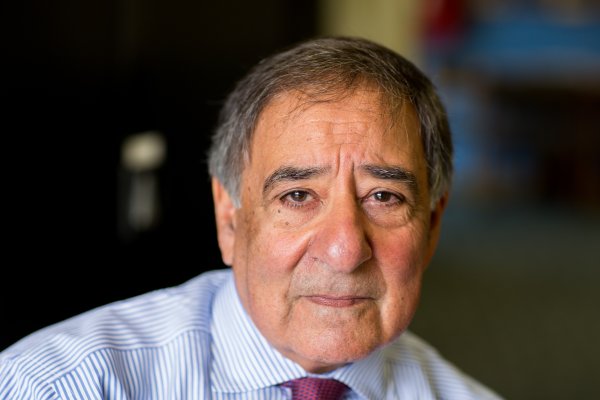 Inside the Decision to Open Up the Frontlines to Women
Next Up: Editor's Pick