Republican candidates in the 2016 presidential election criticized President Barack Obama as they responded to North Korea’s announcement that it had completed its first hydrogen bomb test early Wednesday.

If confirmed, the test would be the country’s fourth nuclear test since 2006, marking an advance that has escalated global political concerns.

“I have been warning throughout this campaign that North Korea is run by a lunatic who has been expanding his nuclear arsenal while President Obama has stood idly by,” Republican candidate Marco Rubio said in a series of tweets Tuesday night. “If this test is confirmed, it will be just the latest example of the failed Obama-Clinton foreign policy.”

Clinton condemned the nuclear test in a statement on Wednesday, calling it a “provocative and dangerous act” if verified.

“We should increase pressure and send Pyongyang and unmistakable message that its nuclear brinkmanship won’t succeed,” she said.

Clinton also defended her foreign policy track record with regard to North Korea.

“As Secretary I championed the United States’ pivot to the Asia Pacific — including shifting additional military assets to the theater — in part to confront threats like North Korea and to support our allies,” she said. “I worked to get not just our allies but also Russia and China on board for the strongest sanctions yet.”

Republican frontrunner Donald Trump told Fox News that China is to blame for the problem.

“China has total control,” Trump said on Fox News, according to Reuters. “They have total control over North Korea, and China should solve that problem. And if they don’t solve the problem, we should make trade very difficult for China.”

In a WHO Radio interview on Wednesday, Republican candidate Carly Fiorina said China had the most influence over North Korea. She said Obama has not dealt effectively with China, adding that the United States needs a president who will respond swiftly to attacks by other countries.

“There should have been a rapid and swift and clear retaliation to the Sony pictures attack by North Korea. We should literally have gone into cyberspace and made it clear to North Korea that we will not brook that kind of behavior,” she said in the interview. “Secondly, we should be immediately ratcheting up whatever sanctions ability we have.”

In an interview with CNN, Republican candidate Rand Paul agreed that the United States should increase sanctions against North Korea and push China to use its influence. 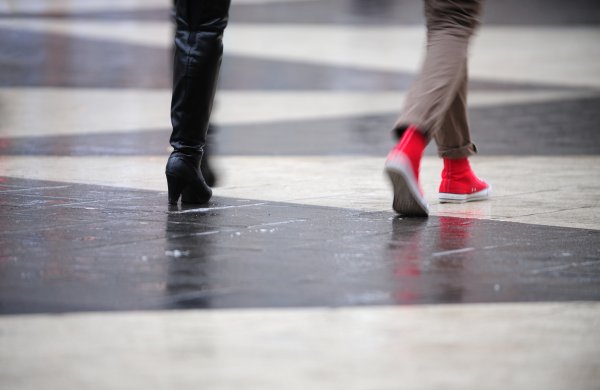 Here’s Why Everyone Is Watching This Puddle in the North of England
Next Up: Editor's Pick