Spike Lee’s new movie Chi-Raq is a modern retelling of the Greek play Lysistrata that puts Chicago’s gun-violence epidemic in its crosshairs. So it’s no surprise that the famed director has strong feelings on gun control, particularly politicians who are opposed to President Obama’s call for expand background checks.

“Those politicians, the conservatives, they’re in cahoots with the NRA and the gun manufacturers,” Lee said in an interview with The Wrap at an event in Los Angeles. “They’re making money, it’s blood money. I’m gonna say it—it’s blood money.”

Lee said the “number one goal” of the movie, which hit select theaters on Dec. 4 and becomes digitally available to Amazon Prime subscribers on Feb. 4, was “to save lives.”

“The film just came out at the perfect time, today President Obama talked about how people are being killed every day in Chicago,” he said. “Ninety Americans die every day due to gun violence. This is no joke.” 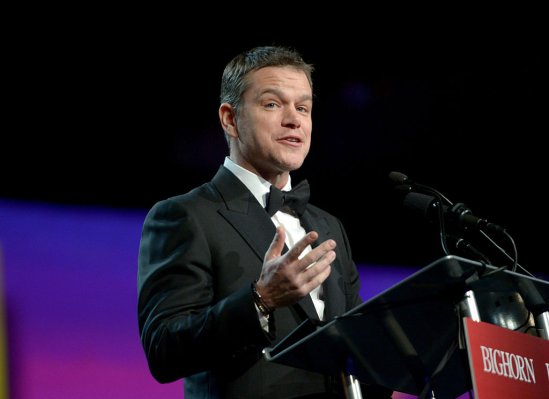