When does an earthquake develop into a full-blown geopolitical tremor? At 10 a.m. on Jan. 6, seismic activity — measuring 5.1 on the Richter scale, according to the U.S. Geological Survey — was recorded deep in North Korea. Two hours later, North Korean state media claimed that the secretive state had tested its first-ever hydrogen bomb. If the landmark test was “successful,” as North Korean TV maintained, the detonation would be a major breakthrough for the country’s nuclear-weapons program and a seriously destabilizing force for the region.

Experts believe North Korea has tested four nuclear bombs since 2006, in contravention of international regulations. Before Wednesday’s test, the most recent underground explosion occurred in 2013. That blast, along with the two previous ones, was of an atomic weapon, not the exponentially more devastating hydrogen variety. In December, North Korea’s youthful leader Kim Jong Un was quoted by the North Korean state news agency as saying that the hermit nation had developed a hydrogen bomb that uses fusion, in addition to fission, to unleash its destructive energy.

At the time, international weapons analysts questioned Kim’s assertion. Notably, the prior atomic tests in North Korea resulted in seismic activity of a similar force as Wednesday’s explosion, rather than a more powerful tremor that might be associated with a hydrogen payload. “I doubt the ability of North Korea to conduct a real hydrogen-bomb test,” says Cai Jian, of the Center for Korean Studies at Fudan University in Shanghai. “In the past, they always exaggerated their power.”

Pyongyang’s nuclear experimentation has angered its only political ally, Beijing, which has signed off on U.N. sanctions punishing North Korea for its weapons program. During the Korean War, an ideologically sympathetic China supplied the North with waves of soldiers; Chairman Mao Zedong’s son even perished during the conflict. Now, however, the relationship has cooled. “Of course, this nuclear test will devastate the relationship with Beijing,” says Zhu Feng, a North Korea expert at Nanjing University in eastern China. “[Chinese President] Xi Jinping has been pushing very seriously for denuclearization, and this test is a brand new challenge for the entire international community.”

Friday is the birthday of Kim, who is the scion of a family dynasty that has ruled North Korea since the country cleaved from the South in the middle of the last century. Although the two Koreas signed a truce in 1953, they are still technically at war. Last year, the two nations traded artillery fire over their border.

Some had hoped that Kim, who studied in Switzerland and once professed a devotion to basketball, would open up his homeland after taking the nation’s helm, following the death of his father, Kim Jong Il, in 2011. But the heir has purged reformers from his leadership circle, even executing an uncle who had negotiated closer economic relations with China. Late last month, Kim Yang Gon, the North Korean official charged with managing relations with South Korea, died in a supposed car accident. (Several other North Korean cadres have suffered fatal mishaps in recent months. However, the hagiographic treatment reserved for the veteran diplomat in North Korean state media early this month may have meant that this auto crash was just an auto crash.)

Parsing Pyongyang’s message with its Wednesday test is far simpler. North Korea, under the grandson of dictatorial national founder Kim Il Sung, is utterly willing to defy international condemnation. Kim Jong Un’s saber-rattling escalated in December when, according to North Korean state media, he claimed that he ruled “a powerful nuclear weapons state ready to detonate a self-reliant A-bomb and H-bomb to reliably defend its sovereignty and the dignity of the nation.” A statement issued Wednesday through the state-run Korean Central News Agency spoke of Pyongyang’s vigilance, and resolve to defend itself, in rather more poetic fashion: “Nothing is more foolish than dropping a hunting gun before herds of ferocious wolves,” it read.

Whether the Jan. 6 explosion was truly of a hydrogen, or thermonuclear, bomb, will take days of analysis by nuclear experts. The U.N. Security Council is set to meet on Wednesday to discuss the ramifications of the North Korean test. A new round of sanctions will likely follow, with Beijing’s blessing. “If the situation in North Korea gets worse and worse, Japan and America will have more excuses to deploy more military forces near North Korea, which is not good for China,” says Fudan University’s Cai. “So China will give North Korea more pressure, too.”

Meanwhile, on the Chinese side of the border with North Korea, residents are still recovering from the shock of shaking earth. Wang Weimin, a 38-year-old deliveryman, was asleep in bed in China’s Changbai county when four tremors roused him. At first, he thought it was an earthquake but now is apprised of the nuclear test conducted not that far across the border. “I wish North Korea would stop doing crazy things,” Wang says. “It’s too dangerous for us.” 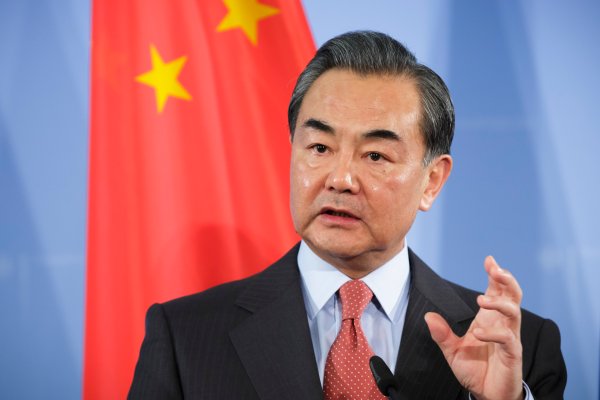