China’s Foreign Minister Wang Yi has cautioned against “groundless speculation” in the case of five missing people who all worked at a Hong Kong–based publishing company specializing in works highly critical of Chinese leaders.

Speaking at a press conference in Beijing on Tuesday, Wang also said that one of the missing individuals, 65-year-old British citizen Lee Bo, was “first and foremost a Chinese citizen.” U.K. Foreign Secretary Philip Hammond shared the podium with Wang at the press conference, and expressed “deep concern” over Lee’s disappearance, the South China Morning Post reports.

Lee is the latest member of Mighty Current Media — which specializes in popular but lurid and reportedly defamatory works on Chinese Communist Party officials — to have vanished since the company’s owner failed to return from a holiday in Thailand last October. The company’s general manager and two other staff members are also missing.

It is being widely speculated in Hong Kong that Lee has been abducted by mainland Chinese agents. Taiwan’s official Central News Agency reported that he faxed a message to a colleague saying that he had made “his own way” to China to take part in an unspecified investigation and that it would be “some time.” There is no official record of him leaving the city, but his wife Sophie Choi verified the handwriting on the fax as her husband’s, the Post says.

If Lee has been taken to the mainland, his case would constitute a flagrant and unprecedented breach of the autonomy that Beijing promised Hong Kong upon the former British colony’s return to Chinese sovereignty in 1997. The case has caused deep alarm in a city where, unlike other parts of China, freedom of expression and the rule of law are cherished rights. 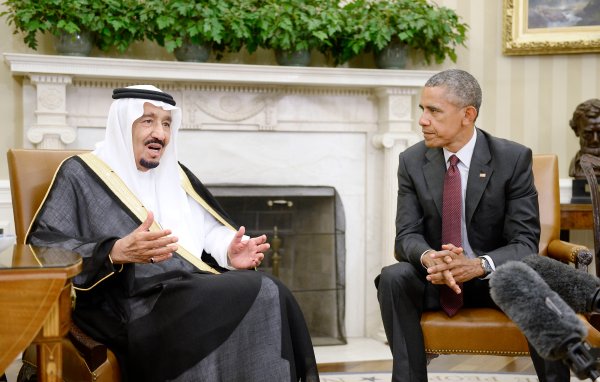 How The Decline Saudi-Iranian Relations Affects the United States
Next Up: Editor's Pick