Sister of Suspected ISIS Executioner: I Will 'Kill Him Myself' if It's True

The sister of the man believed to be the new “Jihadi John” said she will “kill him myself” if he indeed turns out to be an ISIS executioner.

Siddhartha Dhar is being widely reported in the British media as the masked militant depicted in an ISIS propaganda video killing five hostages, after the BBC cited an unnamed source saying Dhar is the focus of a probe into the video. His sister, Konika Dhar of London. told the Press Association that the voice in the video sounds like her brother’s, but she questioned the resemblance of some of the masked person’s features to her brother’s.

Konika Dhar told the Press Association that she has not heard from her brother in more than a year and that she “doesn’t even know who he is.”

“He was a very pleasant boy,” Dhar told the Telegraph. “I know it may be hard to believe but he still is, and I still believe that he still can be that person.” 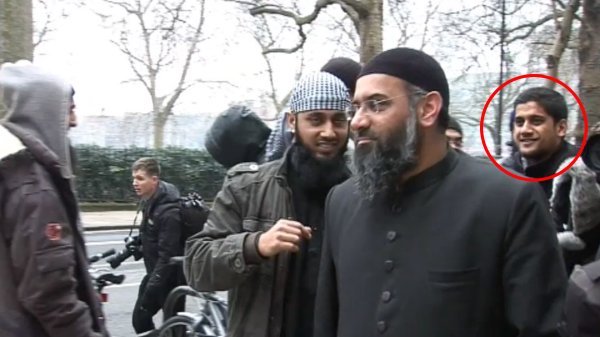 What to Know About the New 'Jihadi John'
Next Up: Editor's Pick