The Internet Is Convinced This Dog Is Really a Bear

Last week, the Internet was embroiled in a heated debate: if a dog wore pants, what would they look like? Now that that has died down, there’s a new canine-related question circulating: is the following creature a dog or a bear?

The photo made its way to Reddit with the caption, “Somebody brought this bear into doggie day care.” People quickly began to discuss what kind of creature this was. One person insisted that it wasn’t a dog or a bear, but instead, a baby Ewok. A lively debate broke out on Twitter as well.

BuzzFeed managed to track down this creature’s owner, who confirmed that it is indeed a dog. She’s a Pomeranian mix named Bounce, who lives in Georgia, but was photographed at a Nashville doggie daycare. Since her owners adopted her, they’re not entirely sure what the non-Pomeranian part of her is. We’re not ruling out Ewok. 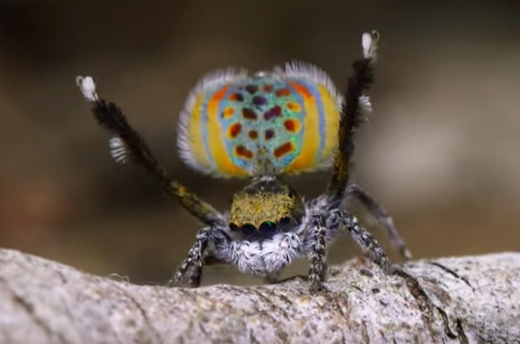 Watch This Mesmerizing Mating Dance of the Peacock Spider
Next Up: Editor's Pick