Meet the Electric Batmobile That Wants to Take on Tesla

It’s the morning before Faraday Future’s big reveal, and these are the first words that Stacy Morris, the company’s director of communications, says to me. She looks equal parts exhausted and exasperated. That’s understandable given that her company, a Silicon Valley automotive startup cloaked in secrecy, just had the tech equivalent of a wardrobe malfunction. The previous night, an image of Faraday’s concept vehicle had leaked online, mere hours before it was to be shown off at an event tied to CES, the world’s largest annual tech conference.

It’s a disappointment for Faraday Future to be sure. After all, the company has kept things so tightly wrapped that speculation about it became a sport on Twitter. Some even wondered if the company was Apple’s automotive efforts in disguise. But, it turns out, Faraday Future is not Apple — though it certainly thinks different.

Despite being a startup (and one building cars, at that), Faraday wasn’t founded in a garage. It was born in the living room of Nick Sampson, the company’s senior vice president. The company has no CEO, instead it’s run by an executive team. What the team lacks in a single leader it makes up for in automotive pedigree: Four team members are former Tesla staffers, while Richard Kim, Faraday Future’s head of design, was a founding member of BMW’s electric car unit.

And then, of course, there’s the car. Despite the early leaks, the company went ahead with its grand reveal Monday night. Taking the form of a 1,000-horsepower electric car, Faraday’s concept vehicle, the FFZERO1, looks like the Batmobile and drives like a Formula One race car. No details were released about the vehicle’s batteries, but since it’s able to go from zero to 60 miles per hour in under three seconds, it’s probably got lots of them.

It’s no wonder there was speculation that Faraday could be a Trojan horse for Apple. The FFZERO1’s design looks like something Apple designer Jony Ive dreamed up on a day he felt particularly aggressive. The interior is all white, impractical but gorgeous, reminiscent of Apple’s iPod. For the seats, Faraday drew inspiration from NASA research on zero-gravity driving conditions. The conventional dashboard was completely rethought, putting the driver’s most-needed information front and center, while its user interface uses iPhone-like swipes, pinches, and touches. Smartphones can dock inside the steering wheel, letting drivers access information.

And then there’s the bar. “Unlike a typical car where you jam the passengers in somewhere in between parts, we have this sort of a bar,” says Kim, the design chief. This is what makes the company’s car different. As Faraday executives describe it, it’s a scalable engineering platform upon which Faraday’s real-world cars will ultimately sit.

“Picture a giant Hershey chocolate bar, and you break off a layer, or a row, then the chassis could extend or contract, and could fit various vehicles, makes, and sizes,” says Morris. This concept, she says, will allow the company to go to market with a chassis that can be used for a wide range of vehicles, all of which will be electric. The company will have a motor strategy where it could add one, two, or three motors, arranged in different places so its cars can have front-wheel drive or rear-wheel drive. The amount of power, too, will vary depending on customers’ desires. The idea is similar to how carmakers build different models on a single base, but the concept is rarely taken to such an extreme.

From sketchbook to showroom, it can take years for a new car to come to market. Faraday believes its methods will dramatically speed up that process. “Where I came from, it’s three, four, five, or six years of development time with existing components and the existing supply chain,” says Kim, who was the chief designer on BMW’s i3. “We are starting with nothing and we are cutting those timelines by half, or more.”

In fact, speed looks like it will be a Faraday hallmark. Sure, the FFZERO1 can top out at more than 200 miles per hour. But what the company is really promising is an automotive outfit that runs on a tech company’s timeline. That’s a steep challenge, as building something as complex as a car is certainly more challenging than coding software. But the team isn’t totally blind to reality.

“Can you imagine where we would be today if the mobile phone industry moved as slowly as the auto industry?” asks Sampson. “We’d still be making calls on our Motorola StarTAC flip phones.”

And there are some promising early signs. The Silicon Valley company was founded just 18 months ago, but it has already hired more than 700 employees. Next week it will break ground on a factory in North Las Vegas, and it promises to make its first car available for sale in 2017. Still, automotive startups are notorious for scheduling delays — just ask Tesla.

Beyond the radical new mechanics, Faraday is also dreaming up a new way to tailor the automotive experience to drivers and passengers. Like our artificially intelligent smartphones driven by machine learning, Faraday Future’s cars will learn users’ preferences, typical pit stops, and even favorite television shows to watch while driving — or being driven, autonomously. That may sound like some pie-in-the-sky technology, but recent developments in automotive technology and artificial intelligence make it more realistic than you might think.

To deliver these services, the cars will be fully connected, which is another part of Faraday’s promise. “When you’re sitting on the 405 for two hours, you’re not in a good mood — it doesn’t matter what kind of car you have,” says Kim. “We want to create an experience where after two or three hours on the 405, you did your social media, you watched a movie, you did some work, you had awesome aroma therapy, light therapy and just feel great. You just had spa day.”

To some, this probably sounds like a dream car. To skeptics, however, it sounds more like a pipe dream — or the automotive equivalent of vaporware, software that’s long promised but never delivered. It’s easy enough to go on a Silicon Valley hiring spree and make a cool-looking concept car. Actually delivering on that promise is a different story entirely. 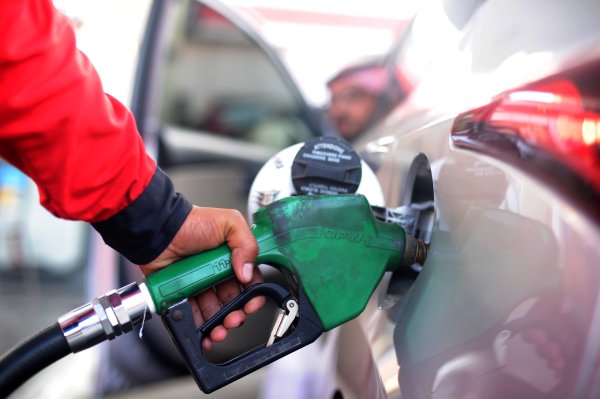 Why Oil Prices Should Stay Low Despite Saudi-Iranian Tensions
Next Up: Editor's Pick