A British Indian who converted to Islam is now believed to be the masked executioner depicted killing five hostages in a new ISIS video, after the BBC cited an unnamed official saying that he is the focus of a investigations into the video.

Siddhartha Dhar, 32, also known as Abu Rumaysah, fled the U.K. with his wife and children after skipping bail in Sept. 2014, the BBC reports. He was under investigation for encouraging terrorism and supporting the a banned group.

The former inflatable castle salesman and father-of-four was a well-known cfigure among radical Islamists in London. Dhar had spoken openly about radicalization to both the BBC and CBS News prior to fleeing the U.K.

Dhar announced his arrival to an ISIS-held area in Syria in Nov. 2014 by posting an image of him holding his newborn son while brandishing a rife on Twitter. By May 2015, reports the Daily Mail, he published an online brochure for ISIS-held areas, likening it to a “plush holiday resort” as he describes its transportation, food, education, people and technology.

On hearing the audio of ISIS’s latest video, his sister Konika Dhar told the BBC that she feared the masked murderer would be her brother. Although, on watching the clip she is not “entirely convinced” that it is him.

“I was in a state of shock,” she told BBC. “I believed the audio to resemble, from what I remember, the voice of my brother but having viewed the short clip in detail, I wasn’t entirely convinced which put me at ease.”

In the ten-minute long propaganda video released on Sunday, five men are seen ‘confessing’ to spying for the U.K. The video then cuts to them lined up in orange jumpsuits in the desert, where they are shot in the head by masked men.

Before the shooting a masked man with a British accent mocks U.K. Prime Minister David Cameron for challenging the group. He goes on to say: “We will continue to wage jihad, break borders and one day invade your land where we will rule by the Sharia.”

At the end of the clip a young boy in camouflage clothing is seen pointing into the distance and talking about “unbelievers” in a British accent. The toddler is believed to be Isa Dare, reports the Times of London, and the son of Grace “Khadijah” Dare who left for Syria in 2012 after converting to Islam.

His grandfather, Henry Dare, told The Sun that ISIS was using the small boy as a propaganda tool.

“That is my grandson, I’d know him anywhere. I couldn’t believe it when I saw the pictures. I felt sick” Dare told the Sun. “They are pure evil for doing this to that child — pure evil. I burst into tears when I saw it was him. He doesn’t like it there.”

Due to an ongoing investigation on the video, a spokesman for the U.K. Foreign Office would not confirm or deny the identity of the masked executioner.

Correction: The original version of this story referred incorrectly to Siddhartha Dhar’s religion. According to media reports, Dhar was Hindu before converting to Islam. 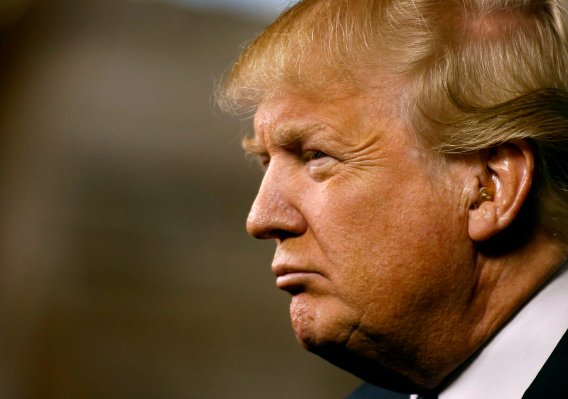