The Bachelor Recap: A Unicorn, A Tiny Pony, and Ben Higgins — America's Sweetheart

Welcome to The Bachelor’s 20th season, which is best commemorated by gathering round the warming glow of the television set as last season’s biggest loser on The Bachelorette, Ben Higgins, looks for love in all the wrong places, e.g. in Bachelor Chris Soules’s recycling bin.

Bachelor Ben is best remembered as an adorable aw shucks of a man who may be the only 27-year-old male on reality television who prefers to stay up and talk all night instead of getting it on with a dance instructor. (Naturally this led Bachelorette Kaitlyn to guess that he is a milk-fed Hoosier virgin, which he denied. Supporting his claim is the fact that, according to his ABC bio, he is a “charming software salesman,” which clearly implies a certain level of experience in the bedroom.)

Ben is excited to find the future Mrs. Ben Higgins and he is pretty sure she is in the Bachelor Manor, hidden among 25 long-lashed, long-legged, hair-sprayed, spray-tanned grown women with teddy bears and unbridled enthusiasm for chickens and a kinship to carrots. Despite their bios, Ben is sure his future wife is there and like a grandma mining a Whitman’s Sampler for all the Maple Fudge squares, Ben will never stop in his quest to find her.

Best Bachelor Advice: Before beginning his journey, Ben consulted the tribal elders namely Bachelors Sean, Chris, and Jason. Chris took all his advice from nursery rhymes: kiss the girls and make them cry.

Meet The Bachelorettes: A select group of women were highlighted before the cocktails party and experience means they are the ones to watch. Amanda is an esthetician with not one, but two toddlers at home. Mandi is a dentist from Portland, who may as well be riding a unicycle in a kilt in front of the “Keep Portland Weird” sign. There there are Haley and Emily who are twins who self identify as both “quirky” and “double trouble.” Hopefully they stick around long enough for the most awkward two-on-one date ever. There’s Tiara a 27-year-old “chicken enthusiast” who hasn’t been away from her chickens for more than ten days, ever. She’s ready for love, but it’s unclear whether her interest in Ben can compete with her love of Sheila, her house chicken.

The Bachelor Milestone: First Tears. Samantha is a recent law school grad who came on the show armed with a tragic back story of how her father passed away from ALS when she was just 13. She knows her father would like her to find her future husband on a reality show. It’s what all fathers want for their precious daughters.

First Out Of The Limo: Lauren B. a flight attendant originally from Portland, but too pretty and blonde for the Keep Portland Weird treatment, so she is identified as a Southern California girl.

And More Bachelorettes: There’s Caila who runs and jumps into Ben’s arms, because he’s a quarterback. There’s Jennifer who points out that “Ben and Jen” is too cute to forget. A Canadian named Jami (how dare a Canadian take our jobs?!?); there’s Sam with the back story; and Shushanna a mathematician who wooed Ben …in Russian, giving her a distinctly mail order bride vibe. Leah, an event planner bent over, hiked up her dress, and hiked a football at Ben’s head. Lauren H. is a kindergarten teacher who used two emoticons in her Bachelor bio. Then Jubilee, the war vet showed up in a white dress straight out of Olivia Pope’s closet.

The Bachelor Milestone: First Kiss. Lace plants one on Ben because she wanted the first kiss. Mission accomplished.

Best Entrance: JoJo the unicorn emerged from the limo in a unicorn mask and announced that unicorns do exist.

Still More Bachelorettes: There’s the girl who prefers to be known as Red Velvet and the Portland dentist who put a giant flower on her head and asked Ben to pollinate her later. Then the twins arrived telling Ben (in unison, naturally) that they are here for him. Ben is as gobsmacked as any red-blooded, Budweiser-chugging Hoosier should be. Megan arrives with a tiny horse named Huey, who should get ALL the roses. Breanne, a nutritionist shows up with a basket of gluten and then proceeds to abuse a baguette in public. Graphic designer Izzy showed up in her jammies, because she had to find out if Ben was “the onesie for her.” (Yes, she based her lovelife on a pun). Rachel arrived via hoverboard; followed by Lauren B. in a pink cocktail dress; Tiara, the chicken enthusiast; Olivia, a Texas news anchor; and Jackie, an oxymoronic 23-year-old gerontologist who came armed with a Save the Date card.

Number One Sign Of A Modern Bachelor: All the women stalk him on social media and have no qualms telling him all about it. That said: He’s on LinkedIn!

Interlude: After meeting the women, Ben calls his parents to tell them that he loves them. (Also, he calls his dad “big guy.”)

First Chat: As soon as Ben joins the cocktail party, Mandi, the Portland dentist, who is dressed as the First Date rose, grabs him away for a quick dental check up. While the other women are irked, she had to make sure he was flossing. It’s a dentist thing.

Best Interruption Deterrent: Caila and Ben bond over being in software sales. No one interrupted their conversation because everyone who got within ten feet of them fell asleep.

First Surprises: Chris Soules’s detritus washed up on the shores of the Bachelor mansion. Becca and Amber, who both thought “The Farmer in the Dell” was an inspirational song and believed that moving to Arlington, Iowa to be farmer’s wife sounded like a plausible life choice, pull up in a limo ready to vie for Ben’s heart. The women are not thrilled to see them, but Ben is.

Biggest Red Flag: Lace, who planted the first kiss on Ben, is getting the bad girl edit, which she is earning by talking trash, getting blotto, and crying on the first show. Poor Ben, the producers are going to make him keep her around forever. When she asks for another kiss, Ben pulls her aside to tell her that she’s gorgeous, but tonight is not the night for kissing.

The First Impression Rose: When now-former news anchor Olivia told Ben she left her job for a journey to find love during prime time, it seemed like a really bad career choice. But then she got the First Impression Rose, so it was clearly the best possible career option. She can put that on her LinkedIn profile, right?

Who Went Home: The chicken enthusiast is able to go straight home to her house chicken and nutritionist Breanne can go enact hate crimes on baguettes. Know who also went home? Huey the tiny horse. Ben is a fool!

But Wait There’s More: After the tearful goodbyes of the ladies, Lace let’s loose with a little more cwazy. She simply needs to tell Ben that it hurt her feelings that he didn’t make eye contact with her during the Rose Ceremony. Ben stares at her in wide-eyed horror, because he knows he’s made a huge mistake, but it’s too late …until next week (or the producers get sick of her). 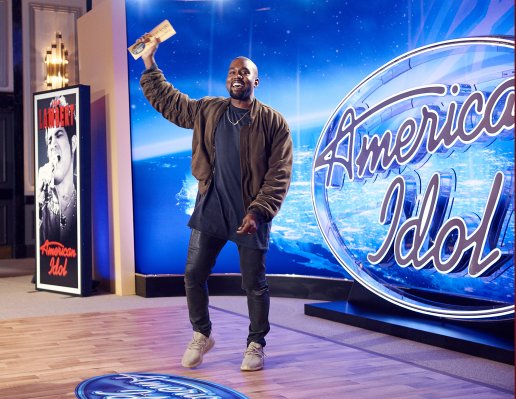