Demonstrators hold posters of Nimr Baqir al-Nimr and shout slogans during a protest rally outside the embassy of Saudi Arabia against the execution of prominent Saudi Shia cleric Nimr Baqir al-Nimr by Saudi authorities, in Tehran, Iran on Jan. 3 2016.
Anadolu Agency—Getty Images
Ideas
By James B. Smith
James B. Smith is former U.S. Ambassador to Saudi Arabia and the current president of C&M International.

Saudi Arabia’s decision to break off ties with Iran is an appropriate response to Iran’s failure to meet its international obligations. The Saudis rightly believe that Iran abdicated its international responsibility, set out in the Vienna Convention, to protect the Saudi embassy and consulate. On Sunday morning Iranian protesters, angry over Saudi Arabia’s execution of Shiite cleric Sheikh Nimr al-Nimr, stormed and ransacked the Saudi embassy in Tehran and the consulate in Mashhad. It wasn’t until later in the day that Iranian security forces arrived to arrest 40 protesters.

Iranian President Hassan Rouhani has since condemned the attack, but Iran’s actions were way too little, way too late. Most countries would react to threats against embassies or consulates instantly and automatically. In addition, the Iranians have a track record of not protecting other countries’ embassies. This incident follows an attack on the British embassy in 2011.

The immediate question is what Saudi Arabia will do in the near term for pilgrims from Iran wanting to come to Mecca and Medina. Even at the worst times of Saudi Arabia and Iran’s relationship, the Saudis maintained a diplomatic presence because, in their role as the custodian of the two holy mosques, they have accepted the responsibility of making Mecca and Medina available for Muslims worldwide to come and satisfy their religious obligations. The Saudis will likely now try to create a bandaid approach for giving hajj visas or they will move to try and re-establish relations with Iran because they need an embassy and consulate to continue their current visa system.

I suspect the government in Tehran woke up to the severity of the problem too late, and I would not be surprised to see Rouhani reaching out to the Saudis to try to mend this. The fact that other countries—including Bahrain, Sudan and the United Arab Emirates—have also broken relations with Iran is an indication that Gulf as a region is standing with the Saudis to demand that Iran uphold its international agreements and responsibilities. If Iran publicly agrees to do this, there could be a way forward.

But the real issue is long-term. Much of the chaos in the region is a byproduct of the struggle between stability and instability. Since the Iranian revolution in 1979, Iran has taken up a strategy of destabilizing the region by targeting sectarian differences. The current conflict reflects not so much a religious war between Sunni Saudi Arabia and Shiite Iran as it does an effort by Iran to destabilize the governments around it.

The conflict is one of governance. In Saudi Arabia and other Sunni-majority countries, the government is not run by the religious community—there is a separation of church and state. In Tehran, the government is run by the mullahs and the religious community. This creates a fundamental disagreement of governance models that is at the core of the rift between the two countries—much more so than the Sunni-Shiite difference.

The events over the weekend carry implications for all of us. If Saudi Arabia and Iran are not talking to each other, it’s very difficult to have a conversation about the future of Syria. Another issue is that Iran has demonstrated to the region and to the world that it has a casual approach to meeting its international responsibilities and agreements. What does that mean for a nuclear agreement in which we’re insisting that Iran meets its obligations? The biggest challenge in foreign policy for the U.S. now is how to bring these two key countries together for a conversation and agreement about how to create stability in the region. 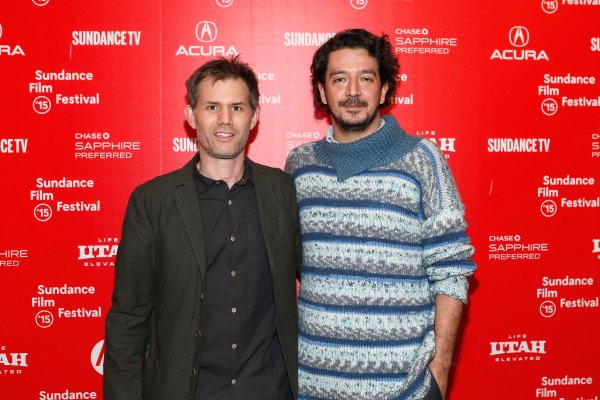 What a Turkish Film Can Teach Us About American Fear
Next Up: Editor's Pick