Let's Call the Oregon 'Protesters' What They Are: Terrorists

Militia members at the entrance to the Malheur Wildlife Refuge headquarters' property some 30 miles from Burns, Ore., on Jan. 3, 2016
Rob Kerr—AFP/Getty Images
Ideas
By Ibrahim Hooper
Ibrahim Hooper is national communications director for the Council on American-Islamic Relations.

Form this mental picture: armed Muslims take over a federal building in the U.S. and announce their willingness to “kill or be killed.”

Now imagine the government and media response. One would expect an immediate and massive law-enforcement reaction, with minute-by-minute media analysis detailing the religious and political background of the “terrorists.”

Now look at the reality of the ongoing situation in Oregon, in which armed militiamen have taken over a federal building and have announced their willingness to “kill or be killed.”

Those taking part in the takeover apparently include anti-Islam extremist Jon Ritzheimer, who has organized armed rallies outside American mosques and who was recently the cause of an FBI alert after he allegedly threatened New York Muslims. Prior to joining the Oregon standoff, Ritzheimer even posted what would otherwise be labeled a “martyrdom video” in which he seems to say goodbye to his family and suggest he is willing to fight to the death.

Law-enforcement agencies have not taken aggressive action in response to the armed takeover, instead calling for a “peaceful” conclusion to the incident.

Some media outlets refer to “protesters” and “militia members,” not “terrorists,” even though armed antigovernment extremists seizing federal property and expressing a desire to kill and die is a textbook description of domestic terrorism. The FBI defines domestic terrorism as activities that “involve acts dangerous to human life that violate federal or state law; appear intended (i) to intimidate or coerce a civilian population; (ii) to influence the policy of a government by intimidation or coercion; or (iii) to affect the conduct of a government by mass destruction, assassination, or kidnapping; and occur primarily within the territorial jurisdiction of the U.S.”

Perhaps the best description comes from those on social media who are referring to “Vanilla ISIS” — a group of white people seemingly immune to the same fate that would await Muslims or people of color who dared to carry out similar actions. Even though the moniker Vanilla ISIS is tongue in cheek, it is a reminder to avoid constantly framing the concept of terrorism through an Islam-centric lens.

According to one count last year before the San Bernardino, Calif., shootings that killed 14, since 9/11, “an average of nine American Muslims per year have been involved in an average of six terrorism-related plots against targets in the United States. Most were disrupted, but the 20 plots that were carried out accounted for 50 fatalities.” In contrast, a study released in 2012 found that “right-wing extremists averaged 337 attacks per year in the decade after 9/11, causing a total of 254 fatalities.” A 2014 survey found that 74% of law-enforcement agencies reported antigovernment extremism as one of the top terrorist threats. Just 3% of those agencies viewed the threat from Muslim extremists as severe.

Another study, published by the Journal of Communication in December 2014, shows why many Americans falsely believe Muslims are more of a threat to our nation than right-wing terrorists. Researchers looked at news programs on major broadcast and cable networks between 2008 and 2012 and found that of those labeled as domestic terrorists, 81% were identifiable as Muslims — this despite the fact that FBI reports from the period studied revealed that only 6% of domestic terrorist suspects were Muslim.

Our nation unfortunately has a long history of disparate law-enforcement actions based on the race, ethnicity or religion of the perpetrators. One only has to recall the response to the Wounded Knee standoff in the ’70s, the 1985 police bombing of the MOVE headquarters in Philadelphia or the number of police shootings of African Americans, which led to the rise of the Black Lives Matter movement.

Implicit bias, stereotypes and racism too often determine decisions on the use of force by policymakers and law-enforcement agencies. These same factors also help determine media coverage of such incidents.

To keep history from repeating itself, we need to have a deliberate national conversation about how racial and religious bias impacts law enforcement and the criminal-justice system. 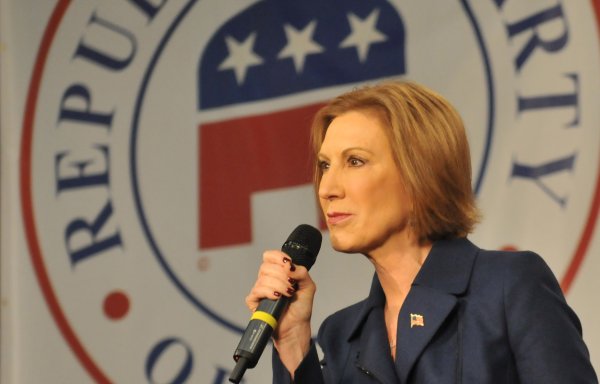 We Must Tackle the Addiction Crisis
Next Up: Editor's Pick