Just before Christmas, Netflix launched their docuseries Making a Murderer. Since then, some 180,000 viewers have signed online petitions pleading for the release of Steven Avery, the Wisconsin man who appears to have been the victim of a prejudiced trial.

I use “appeared” here judiciously, but I’m part of a shrinking tribe. The true crime genre, which has long drawn pleasure from ambiguities, has become a prompt for punditry. Making a Murderer is a show designed to raise questions about Steven Avery’s guilt—as well as the effectiveness of the American justice system. In its wake, many viewers have taken the opportunity provided by the social web to compete over who is most certain of Avery’s innocence. HBO’s recent miniseries The Jinx, the show that ended with a bizarre confession, elicited the opposite reaction. (That its subject, Robert Durst, was arrested on murder charges just before the finale aired was the best thing that could have happened for HBO.) And though the first season of podcast phenomenon Serial disappointed its fans by declining to provide a neatly packaged point-of-view as to Adnan Syed’s culpability (or lack thereof), journalist Sarah Koenig’s dramatization of her own process led listeners to believe that they were doing the work of a detective. Koenig may not have been certain, but her format emboldened listeners to indulge in certitude in a way she herself wouldn’t.

There’s something about the sheer volume of a serialized show that makes the viewer feel as though he or she is becoming an expert. Serial was a particularly troubling example of this. In the gaps between episodes, fans had increasing amounts of fun trading theories about the Best Buy phone booth. That the show was occasioned by the death of a teenage girl seemed almost incidental to the fans for whom it was a parlor game that compounded weekly; the quest for truth grew more important than the case’s most salient fact. Similarly, Making a Murderer’s structure, with reversals (Avery is exonerated for an earlier crime in the series’ early going) and a torrent of grisly information lends itself to a certain public performance on the part of the viewer. The show’s capaciousness makes the viewer feel both accomplished simply for having watched and like the lucky recipient of all the information there possibly could be to know about Steven Avery.

True crime is nothing new, of course. The genre’s been around in its current form since the publication of In Cold Blood. But Truman Capote’s “nonfiction novel” was written with a chilly, aesthetic distance; its enigmas are those of human nature. (And its alleged deviations from strictest fact are proof that Capote was trying to do many things, but actually solving a mystery wasn’t one of them.) Today’s highbrow true crime is full of visceral, passionate emotionality; it has the you-be-the-judge rhythms of Dateline and the jazzy verve of Nancy Grace trying to convince her viewers that one or another chosen target should fry. Few people take Dateline or Nancy Grace’s show as serious-minded, but those programs were years ahead of The Jinx and Making a Murderer in their awareness that there’s more than just drama to be wrung out of the legal process: There’s melodrama.

And that melodrama is as easily obtained by leaving things out of a story as by putting them in. Making a Murderer leaves its viewers with the impression they’re experts on Avery; prosecutor Ken Kratz, however, has alleged that key evidence reflecting poorly on Avery was left out of the show. What evidence does make it in, too, appears as though by the hand of God. While Koenig, through explaining her exhaustive journalistic process, made a claim for her show as close to objective truth, the Making a Murderer documentarians get there by eliding themselves from the story entirely. These are just the facts.

By the very nature of television, though, they’re not all the facts. Ten hours is long (in the case of the slightly repetitive Making a Murderer, it’s too long), but it’s less than two days’ worth of business for a jury trial. Whatever they left out, they left out something. As Avery’s own lawyer, the onscreen hero Dean Strang, has put it, both the anti-Avery sentiments from the pre-Making a Murderer period and the current era of good feelings are reflections of something other than the truth: “A lot of it is literate and thoughtful and all that, but both of those experiences are artificial and distorting.”

I mean it as no slight to reality TV to say that true crime programming reminds me of Survivor or Top Chef; those shows’ editors know that the firefighter from Boston or the sous-chef from Detroit will end up winning the game, and structure revelations over the course of the season to make that outcome satisfying. Everything you see onscreen happened. But it might not be something you want to sign a petition over. Or maybe it might! Either way—in an era of greater-than-ever one-upsmanship on social media and less-than-ever meaningful mixing of ideological opponents—ambiguity is the thing that’s falling out of fashion. 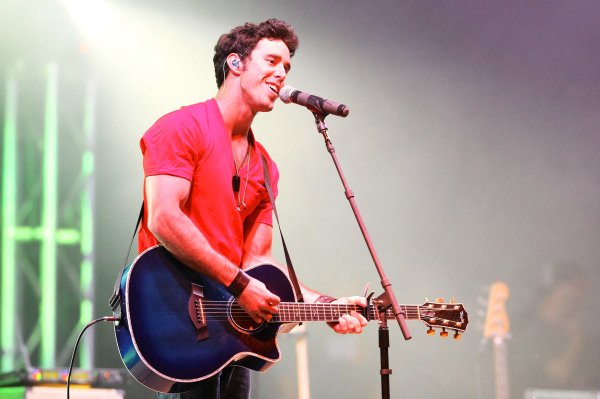