Tthe White House called on Saudi Arabia and Iran to simmer down after tensions continued after the weekend’s unrest in Tehran.

“We do continue to be concerned about the need for both the Iranians and the Saudis to deescalate the situation in the Middle East,” White House press secretary Josh Earnest told reporters Monday. “We are urging all sides to show restraint and to not inflame the tensions that have been on display in the region.

While Secretary of State John Kerry has echoed American concerns directly to Iranian Foreign Minister Javad Zarif and other U.S. officials have sent messages to counterparts in Saudi Arabia, President Obama has not contacted leaders of either country personally but is “aware of the situation,” according to Earnest.

Over the weekend, Saudi Arabia executed Nimr al-Nimr, a popular Shiite cleric and critic of the Saudi monarchy. Iranians responded by storming the Saudi Embassy in Tehran and a consulate in the city of Marshhad. Saudi Arabia broke off formal diplomatic relations with Iran and called for the return of its diplomats.

The White House didn’t play into fears that the tensions between the two countries would not interfere with the fight against ISIS in Iraq and Syria. “We are hopeful that it won’t,” Earnest said. “It is so clearly in the interests of both parties to advance a political solution to the situation inside of Syria.

Read More: A Recent History of the Rivalry Between Iran and Saudi Arabia 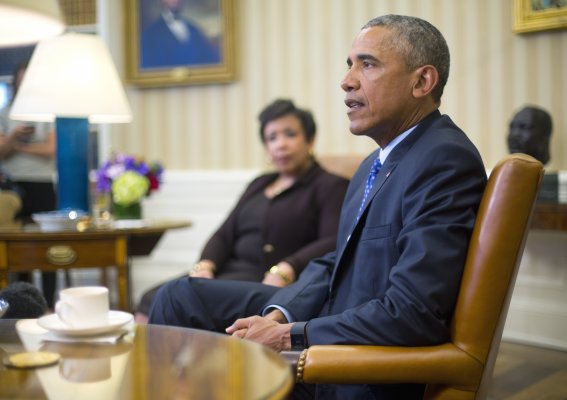