The Reason to Believe Donald Trump Will Lose

The aggregate emotional state of establishment Republicans, bleary-eyed from half a year of businessman Donald Trump defying all expectations to drown the most diverse presidential primary slate in a generation in schoolyard invective, has collapsed to such depths that they seem resolved to remain knee-walking drunk through the November election.

The arguments on which they alternatively hung their hopes—that Trump’s candidacy was an ephemeral flirtation, like those of Herman Cain and Michele Bachmann before him; that the controversies he studiously courted would undo him; that primary voters would eventually sober enough to recognize him as too unserious to wield the nation’s nuclear arsenal—fell to orbit as quickly as they were launched.

Nothing could liberate them from him—not even the dreaded flip-flop designation. Consider: Trump once advocated a federal tax regime that would leave blushing even Sen. Bernie Sanders, an avowed Democratic socialist and a would-be general election rival; supported the right to abortion; and preached the virtues of single-payer healthcare. In a rational universe that obeyed the laws of political physics, these plainly antithetical positions, which the candidate has since abandoned, would have poisoned any national Republican candidacy in the last four decades.

And yet his supporters remain doggedly unmoved.

The many forecasts of Trump’s demise miscarried not because they were too sanguine—they were—but because they were undergirded by a conventional (one might even say rational) view of campaigns and candidates, believing that his support would evaporate before ballots were cast.

That’s the problem: Because Trump is no conventional candidate, his supporters are likewise not typical voters. Indeed, many of them are likely not voters at all.

In first-to-decide Iowa, where an intimidating system of caucusing carries an inherently high threshold for participation that culls the frenzied and lazy alike, that spells trouble for any candidate who lacks a robust field operation.

Donald Trump will likely lose this race not for the utterly rational reasons his establishment detractors have popularized but instead for the same principle from which he’s drawing life now: the reality television effect.

Like the American Idol viewer who speed-dials the program to profess undying love for this season’s big gun but fails to purchase the winning artist’s debut album, Trump may similarly find his ballot returns are far less rosy than surveys indicate today.

Trump supporters are at best only nominally tethered to the political process. According to those pollsters shrewd enough to ask, few have voted in a general election and fewer still have participated in nomination contests.

The election day toll of this dynamic is already evident in those surveys with respondent controls that screen out all previous non-voters or those who have self-identified as very like to vote this year.

In polls that measure sentiment simply of registered Republicans, Mr. Trump leads the field in most national and state surveys, like Quinnipiac University’s snapshot of Iowa last month. But in those surveys with stricter respondent screens, like those employed by the Des Moines Register, which weeded out respondents who had not previously caucused, Trump trails by double digits.

Finally, a real reason to believe Trump will fail.

Anecdotally, there’s ample reason to believe that the conversion from casual, if loud, supporter to active voter is a gulf that the Trump organization isn’t equipped to bridge. That means a Trump supporter on Jan. 1 will not necessarily translate into a Trump caucus-goer on Feb. 1.

There’s a reason that fewer than six in 10 eligible Americans cast ballots in general elections and even fewer engage in the primary process: we’re lazy. Sure, establishment Republicans might not be able to rely on voters to sober up before the first ballots are cast next month in Iowa and New Hampshire, but they can take to the bank Americans’ unequaled laziness. 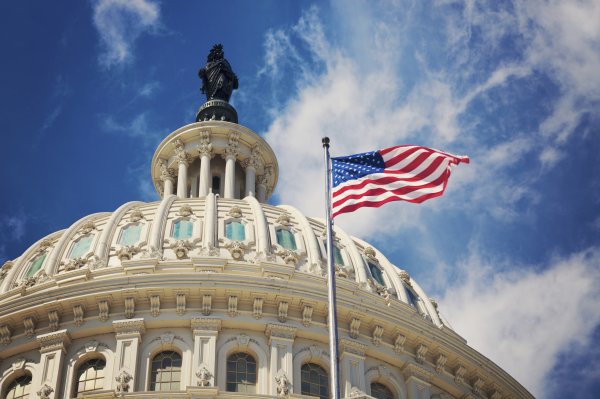 Why Americans Are So Angry About Everything
Next Up: Editor's Pick