The Quiet Crisis in the Kingdom of Saudi Arabia

The latest uproar between Saudi Arabia and Iran has spread far and fast since the Saudis executed 47 people by beheading on the day after New Year’s Day.

Within hours, hard-liners from Iran overran the Saudi embassy in Tehran because the victims included prominent Shi‘ite cleric Nimr al-Nimr. Diplomatic relations were quickly severed in both capitals, and downgraded in another Saudi ally, the United Arab Emirates. The fallout has further dimmed the already dismal prospects for peace in Syria, where the Saudis and Iranians support different sides in that country’s civil war, and of course sparked a rise in oil prices (though not as much as you might expect).

It was a full-on Mideast crisis, with events cascading at a rate that challenged even those who follow the Middle East closely. But the search for meaning leads back to where it all began: the Saudi Kingdom, which is facing pressures both inside and out. “There’s been 70 years of idle and completely erroneous speculation that the Saudis were unstable,” says Charles Freeman, a former U.S. ambassador to Saudi Arabia. “This is the first time that they might be.”

Read more: A Recent History of the Rivalry Between Iran and Saudi Arabia

Overseas, arch rival Iran threatens both the Saudis’ traditional dominance of the region and its alliance with the U.S. Washington’s engagement with Tehran on a nuclear program has enhanced Iran’s international stature while depriving the Saudis of their privileged place beside the Americans. Wars in neighboring Iraq and Yemen — where the Kingdom has involved itself in a bloody and indiscriminate air campaign against rebels backed by Iran — only add to the feeling of isolation. “There’s vulnerability, I think, the feeling of being vulnerable and surrounded by hostile forces,” says Madawi al-Rasheed, a Saudi expert and visiting scholar at the London School of Economics.

Things at home aren’t much better. Gaping budget shortfalls caused by low oil prices are forcing rulers to cut subsidies and raise fuel prices, moves sure to foment discontent among the population of 29 million. “They’re not sure I think of the acquiescence of the domestic audience,” al-Rasheed says. “They have kept them under control since the Arab uprising, but it’s a question.”

Freeman, who served during the first Gulf War, says the challenges to Saudi stability have been amplified by the actions of King Salman, who took over as monarch a year ago and upended the kingdom’s traditional governing structure. He placed a nephew, Mohammad bin Nayef, as Crown Prince, and made his own very young, untested son, Mohammad bin Salman, his Chief of Staff, Deputy Crown Prince and Minister of Defense.

So where once the House of Saud maintained stability by encompassing all manner of lineages “from left wing to the regressive religious right wing,” Freeman says, the Kingdom has now consolidated power in a single line of the family. “The decisionmaking has not only been narrowed to one lineage, but even closer to the descendants of one man, Salman. That means the possibility of rash decisions went up, and you could argue that the war in Yemen is an example of that. You could argue that the executions are an example of that.”

The Jan. 2 mass execution was the largest since January 1980, when 63 people were beheaded for taking over the Grand Mosque in Mecca, in a siege intended to topple the House of Saud on grounds that the ruling family had strayed from the strictest tenants of fundamentalist Islam. The threat prompted the royal family to empower conservative religious authorities in the Kingdom, to avoid being flanked by the retrograde fundamentalism critics say the Saudis have exported worldwide in the decades since. In October, 55 prominent fundamentalist Saudi clerics signed a letter of complaint after Russian jets targeted the Islamic State of Iraq and Greater Syria (ISIS), the Sunni militant group that has wide support in some elements of Saudi society.

Some analysts say the beheading of al-Nimr alongside three other Shi‘ite activists amounted to a sop to fundamentalist Sunni sentiment in the kingdom. The other 43 victims, after all, were all Sunni fundamentalists associated with al-Qaeda, imprisoned for more than a decade for attempting to overthrow the rule of the royal family. Killing Shi‘ite activists would presumably offer a measure of sectarian balance.

But neither Freeman nor al-Rasheed buys that rationale. Both saw the executions as of a piece with efforts to deter Saudi Arabia’s restive Shi‘ite population from organizing against a governing structure that treats them as second-class citizens. “It goes beyond religion,” says al-Rasheed. “I wouldn’t call it conservative, I would call it repressive. It is autocratic, it prohibits people from talking, from free speech. More people are being lashed. For tweets. For blogs. There are people who are languishing in prison because of writing a poem. So that is an augmented repression which reflects in my view a vulnerability.”

At the same time, she adds, the mass execution serves to distract attention from Yemen, where King Salman’s air war has produced thousands of civilian deaths over 10 months but no visible gain for the ousted Yemeni President Saudi Arabia claims to champion. “In ’50s the Saudis removed a King for incompetence — King Saud — that was the effect of the ‘council of brothers,’ as it was called,” says Freeman. “Now there’s no such check … there’s no way to address that institutionally.”

Letters have been leaked to the media, purportedly from a member of the royal family, claiming the King was senile and being manipulated by his son and Chief of Staff Mohammed bin Salman. It called on the Kingdom’s elders to unite and overthrow King Salman’s regime. “That has not happened,” says Freeman, “because the institutional basis for that examination has largely been destroyed.”

The result is more of that thing the Middle East produces even more reliably than petroleum — uncertainty — but this time in the belly of the beast. 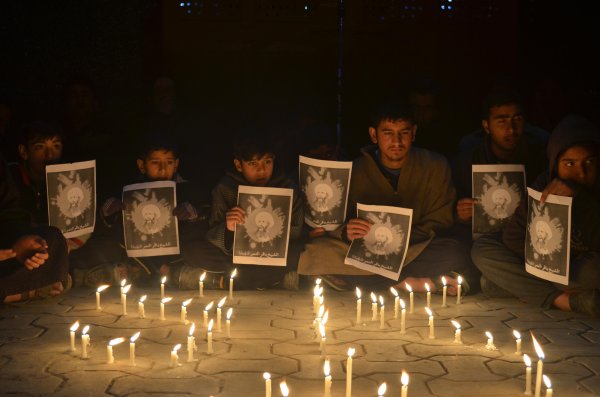 47 Executed in Saudi Arabia
Next Up: Editor's Pick