The news that President Obama will spend the week preparing possible executive actions to curb gun violence should remind political satire fans of the 2014 Saturday Night Live parody of “I’m Just a Bill!” from Schoolhouse Rock!

In the sketch, a ruthless Obama—played by Jay Pharoah—demonstrates how Washington really works by pushing Kenan Thompson, dressed like a life-size piece of legislation, down the steps of Capitol Hill, to make room for Bobby Moynihan, who saunters onto the set smoking a cigarette and wearing a giant “Executive Order” button. This week’s news is ripe for a new version of the skit focused on his efforts to bypass lawmakers who are reluctant to pass stricter gun control legislation. 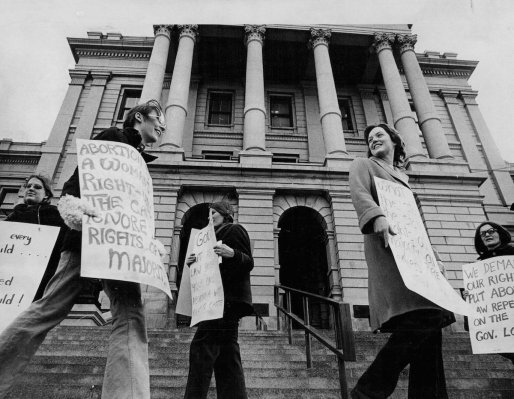 What You Don't Know About the Abortion Fight Before Roe v. Wade
Next Up: Editor's Pick