Why Oil Prices Should Stay Low Despite Saudi-Iranian Tensions

A Saudi employee fills the tank of his car with petrol at a station on December 28, 2015 in the Red Sea city of Jeddah.
AMER HILABI—AFP/Getty Images
By Rana Foroohar

There are many surprising (and disturbing) things happening in the markets right now, from the Chinese stock market plunge to the disappointing U.S. manufacturing numbers. But perhaps the most unusual thing is that, despite a major sectarian conflict between the Middle East powers of Saudi Arabia and Iran, oil prices have barely budged from their recent lows.

This is a truly bizarre data point. Oil is typically amongst the most fear-driven commodities. Supply and demand are supposed to rule markets, but every time there’s a big conflict in the oil-rich Middle East, from the Iranian revolution to the Gulf War, prices go up about 30% higher than they should be, regardless of the facts on the ground. Even when supply isn’t interrupted, even when there’s plenty of oil to fuel world markets, the price of crude is typically driven by fear rather than reality.

But this time around, there’s an incredibly strange mix of bad global news that might actually add up to an unexpected bright side: continued low oil prices. Saudi Arabia’s execution of a Shia cleric, which was followed by the torching of the Saudi embassy in Tehran and the severing of Saudi diplomatic relations with Iran, certainly counts as conflict in the Middle East. But the oil markets – which ordinarily would have reacted more severely to a fight between two big producers – are being pushed down in structural ways by a variety of longer term things.

Most important among these factors is the major slowdown occurring in China. The world’s second-largest economy is in the midst of a debt crisis that has spawned all sorts of market turmoil, most recently a halt in Shanghai trading following the 10th month of weak manufacturing numbers. The yuan is now at its lowest level in four years; the currency will probably fall even further. Meanwhile, the U.S. manufacturing sector is extremely close to recession itself. Both facts reflect a key truth: there just isn’t that much demand in the global economy right now. That exerts an important downward pressure on oil prices.

There are other factors pushing prices down too. For starters, there’s oversupply of petroleum at the moment. That’s in part because of the ramp up in American shale production, which has hung on despite the fall in prices over the last year or so. And there’s another key factor: hot money. As I have explained, a lot of the money pumped into the global economy after the 2008 financial crisis ended up in oil and emerging markets. That’s now been pumped out, which adds more downward pressure to prices.

Of course, sectarian conflict between the world’s oil majors and a weak China is nothing to cheer about. But the odd silver lining is that it may well keep oil – and thus gas prices – lower for U.S. and European consumers this year. That will help as the world continues to struggle with a “recovery” which doesn’t feel much like one. 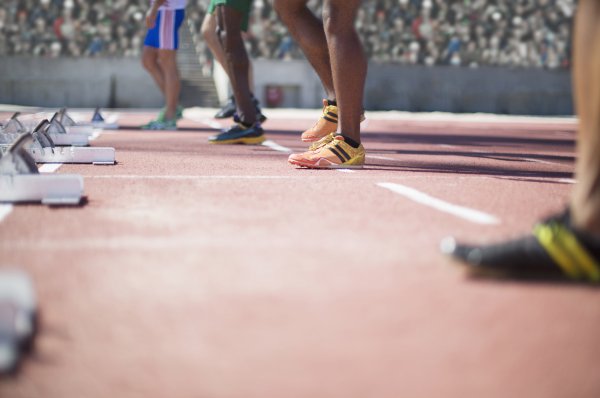 How Rich Kids Get a Head Start
Next Up: Editor's Pick