Here's a Bendable Screen That Can Roll Up Like A Newspaper

South Korean tech company LG wants computers and gadgets of the future to be just as malleable as a sheet of paper. At this year’s CES, the company is demonstrating an 18-inch color screen that can be rolled up just like a newspaper.

The screen is just a concept, which means it’s unclear how and if it will ever come to fruition in future products. Even though there’s no indication that bendable gadgets will be available to buy anytime soon, LG’s flexible screen is further proof that major tech companies are putting resources into the concept.

The idea isn’t entirely new. Over the past few years, Samsung has been showcasing its bendable Youm phone concept, which allows phones to flex and fold. Sharp also introduced a free-form display in 2014 that can be shaped to meet different types of use cases. Both Samsung and LG have also said in the past that foldable smartphones could arrive in the 2016-2017 time frame.

While the display technology required for such devices might be ready, there are still other challenges to consider. The components needed to power smartphones, tablets, and computers, would need to be just as flexible as these screens, for instance.

What is clear, though, is that Samsung and LG are working to make these devices a reality. Both companies have both announced achievements in flexible battery technology that are currently aimed at wearable devices, as PCMag reported from the InterBattery conference in Seoul this past October.

It’s also still unclear what the benefits of foldable gadgets will be, beyond the futuristic aesthetics and easier portability. 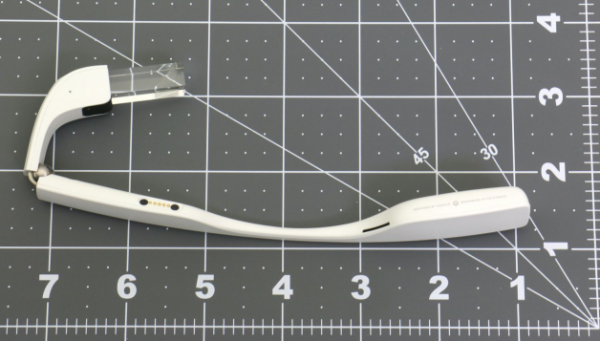 Here's Your First Look at the Upcoming Version of Google's Wildest Product
Next Up: Editor's Pick