Review: Buried Is An iPhone Game You Mostly Read, Not Play

The good: A decently told speculative sci-fi yarn with alternative paths
The bad: Won’t appeal to those bored with Choose Your Own Adventures
Bottom line: A branching-plot story mis-marketed as a game

The earliest text-only computer adventures let you do an awful lot with just a few commands. You could type the first letter of a direction to travel west or east, north or south, and sometimes up or down. You could utter magic words to teleport between locations. You could “look” to peruse nearby objects: lamps, birds, plants, keys and all sorts of other weird, quotidian stuff. You might even “open” a thing to unearth another more precious thing.

Buried, a self-described “interactive dark fiction game” by Bromoco Games that pairs text with edgy graphics, lets you do none of this. Its interactivity consists of digesting scrolling chunks of text on a mobile device, then tapping the screen to choose one action or another. You don’t really play it.

As an amnesiac tree logger who’s trying to find his missing crew after a mysterious event, you might for instance choose to offer support to someone or withhold it, call out to a mysterious figure or remain silent, fire a weapon at a perceived threat or keep your powder dry. In some instances, a choice merely perturbs a companion, while in others, it determines whether they live or die.

Along the way, you view background images that indicate you’ve moved to a new area. At the end of each chapter you’re briefed on how many players made the same choices you did, though you can’t go back without starting the story from the beginning. The images are also–this is going to sound counterintuitive but bear with me–thankfully few and far between. Their infrequency prompts you to imagine not all but most of what happens, like someone giving you the stage but not the actors or actions. In that sense Buried borrows a trick from comics, only with chasms instead of gutters between its panels.

My issue with Buried isn’t that lead writer Barry Napier tells a boring story–there were points I couldn’t tap fast enough to keep the narrative flowing. It’s that the choices offered every few screens felt as meaningful as betting on red or black while grasping a good luck charm. Guesstimating outcomes is impossible because there’s nothing to interpolate, no clues offered in the prose run-ups, just situations that lead to other situations–blind, branching risks instead of the possibility of making educated picks. Buried‘s text scrolls on your phone’s screen with occasional pictures and moody sound-loops, and then you pick something and read some more. It’s like the two roads that diverged in the wood without the benefit of distinguishing clues.

What’s wrong with that? Nothing, if you’re in the mood for a semi-twisty Choose Your Own Adventure. Sure, the story gets a little silly near the end, too invested in the same Ultimate Catastrophe trope everyone seems to be obsessed with lately (and without the benefits of novelty–it also cribs shamelessly from a certain TV series whose airplane crash survivors unearthed an iceberg’s worth of weirdness).

But forget the play angle and accept that you’re basically reading an illustrated yarn you can opt to reread with different story forks, and Buried is diverting enough–a $2.99 short story that’s maybe pushing novella length if you circle back to see its alternative outcomes. Just know that, in the places where you might expect gameplay to be, it’s missing in action. 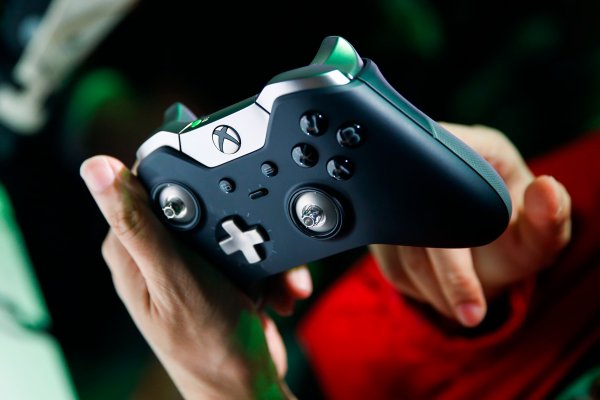 Here's Why You Can't Find That Awesome New Xbox Controller
Next Up: Editor's Pick