At the beginning of each year Eurasia Group, the political risk consultancy I founded and oversee, publishes a list of the top 10 political risk stories for the 12 months ahead. These are the risks and trends we believe are most likely to move markets in 2016. We’ve opened the year with a serious spat between Saudi Arabia and Iran, and a horrible day for markets in China. But our #1 risk centers on erosion of the partnership that has provided a lot of global stability over many years.

1.The Hollow Alliance
The trans-Atlantic partnership has been the world’s most important alliance for nearly seventy years, but it’s now weaker and less relevant than at any point in decades. The U.S. no longer plays a decisive role in addressing any of Europe’s top priorities. Russia’s intervention in Ukraine and the conflict in Syria will expose U.S.-European divisions. As U.S. and European paths diverge, there will be no one to play international fireman—and conflicts particularly in the Middle East will be left to rage.

2. Closed Europe
In 2016, divisions in Europe will reach a critical point as a core conflict emerges between Open Europe and Closed Europe—and a combination of inequality, refugees, terrorism, and grassroots political pressures pose an unprecedented challenge to the principles on which the European Union was founded. Europe’s open borders will face particular pressure. The risk of Britain’s exit from the E.U. is underestimated. Europe’s economics will hold together in 2016, but its broader meaning and its social fabric will not.

Read more: How Terror Could Kill the European Project

3. The China Footprint
Never has a country at China’s modest level of economic and political development produced such a powerful global footprint. China is the only country of scale today with a global economic strategy. The recognition in 2016 that China is both the most important and most uncertain driver of a series of global outcomes will increasingly unnerve other international players who aren’t ready for it, don’t understand or agree with Chinese priorities, and won’t know how to respond to it.

4. ISIS and “Friends”
The Islamic State of Iraq and Greater Syria is the world’s most powerful terrorist organization, having attracted followers and imitators from Nigeria to the Philippines. But the international response to its rise is inadequate, misdirected, and at cross purposes. For 2016, this problem will prove unfixable, and ISIS and other terrorist organizations friendly to its aims will take advantage of that. The most vulnerable states will remain those with explicit reasons for ISIS to target them (France, Russia, Turkey, Saudi Arabia, and the United States), and those with the largest numbers of unintegrated Sunni Muslims (Iraq, Lebanon, Jordan, Egypt, and across Europe).

5. Saudi Arabia’s Rifts
The Saudi Kingdom faces a growing risk of instability this year, and its increasingly isolated status will lead it to act more aggressively across the Middle East. The threat of intra-royal family discord is on the rise, and a scenario of open conflict — unimaginable prior to King Salman’s January 2015 ascension — has now become entirely realistic. The key source of external Saudi anxiety is Iran, soon to be free of sanctions. Now that the Saudis have executed the kingdom’s top Shia cleric and Iran has responded with open hostility, we can expect an intensification of their proxy conflicts in Syria, Yemen, and elsewhere in the region.

6. The Rise of Technologists
A variety of highly influential non-state actors from the world of technology are entering the realm of politics with unprecedented assertiveness. These newly politically ambitious technologists are numerous and diverse, with profiles ranging from Silicon Valley corporations to hacker groups and retired philanthropists. The political rise of these actors will generate pushback from governments and citizens, generating both policy and market volatility.

8. The Fate of Brazil’s President
President Dilma Rousseff is fighting for her political survival with impeachment proceedings in the offing, and the country’s political and economic crisis is set to worsen in 2016. Contrary to hopes among pundits and many market players, the battle over Rousseff is unlikely to end the current political stalemate. Should the president survive, her government won’t gain the political boost necessary to move on the economic reforms needed to tackle the country’s growing fiscal deficit. If Rousseff is ousted, an administration led by Vice President Michel Temer won’t fare much better.

9. Not Enough Elections
Emerging markets underwent a historic cycle of national elections in 2014-2015, but this year there are relatively few opportunities for EM voters to make themselves heard at the ballot box. As slower growth and stagnating living standards stoke popular discontent, governance and stability will suffer. Historically, markets have been less volatile in non-election years, but this time will be different. By raising popular expectations, the massive income growth that most EMs enjoyed over the past 10 years has created conditions for a rude awakening.

10. Turkey Moves Towards Autocracy
After a decisive victory for his AK party in late-2015, President Erdogan will now push to replace the country’s parliamentary system with a presidential one. He’s unlikely to reach his goal in 2016, but his aggressive electioneering will further damage an already battered Turkish business and investment climate. On the security front, there is little prospect of an imminent end to PKK violence, and unrelenting U.S. pressure on Ankara to clamp down on ISIS will produce only modest results while making Turkey more vulnerable to new attacks.

Read more: The Absence of Global Leadership Will Shape a Tumultuous 2016

We’ll begin the year with a focus on how far Saudi-Iranian hostility will grow before leaders in both countries try to limit the direct fallout. We’ll certainly be watching the international jitters provoked by China’s unsteady market performance. But it’s the inability and unwillingness of the U.S. and Europe to offer global leadership in 2016 that ensures that the world’s wildfires will burn hotter and longer in 2016. 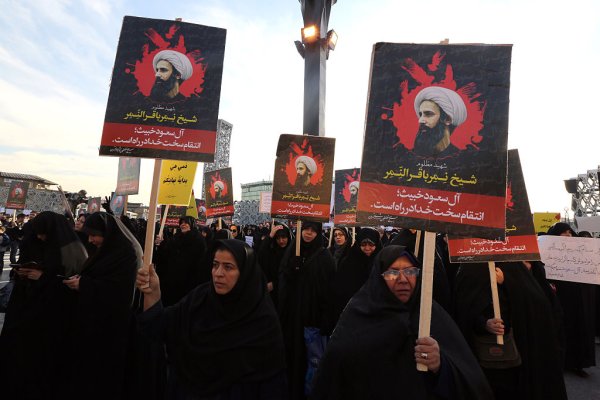