As the ride-hailing war continues, Lyft has found a new investor and business partner in one of America’s largest car makers: General Motors.

On Monday, Lyft confirmed it had closed a $1 billion funding round at a $5.5 billion valuation, more than double its last valuation of $2.5 billion in March 2015. Half of the investment comes from GM, the company said. Rumors of Lyft’s latest fundraising activities surfaced in the last few months, with its valuation growing from$500 million to $1 billion.

Along with the investment, GM is also joining Lyft as a business partner. The long-term vision is to eventually deploy GM self-driving cars within Lyft’s service.

“We, at GM, have had the view for a little while that the world of mobility is going change in the next few years more than it has changed in the last 50 years,” GM president Dan Ammann told Fortune. The company has pegged ride-hailing as the fastest growing new transportation model, which is why it decided to invest in and partner with Lyft, he added.

As the car industry continues to adopt new technology, including driverless cars, GM has been working to keep up. In October, the company revealed plans to deploy a fleet of autonomous 2017 Chevrolet Volts at its Warren Technical Center campus in Michigan, from which GM employees will be able to reserve a car and input a destination using a mobile app. The company’s autonomous technology will drive passengers to their desired destination and park nearby for future use. GM also confirmed that its Super Cruise technology, which it has been developing since 2012, will be available in the 2017 Cadillac CT6.

At the time, GM also announced plans for two car-sharing and ride-hailing pilot programs to help test its hardware and software products, and gain a better understanding of the user experience. In 2014, GM teamed up with Google to run a car-sharing pilot program on its campus in Mountain View, Calif. that let employees book and drive Chevrolet Spark EV cars. However, Ammann toldFortune that the company doesn’t plan to team up with other ride-hailing companies when it comes to its driverless car ambitions.

“The nature of what we’re taking on here with Lyft is something that requires a deep level of integration and not something we can replicate” with others, he adds.

Uber has long made its interest in driverless cars public, and has invested heavily in developing such technology through a partnership with Carnegie Mellon University.

Since GM’s driverless cars are years away from hitting the road as part of Lyft’s service, the automaker plans to provide short-term car rentals (for a day, week or month) to Lyft drivers in the immediate future, as well as lease financing through its GM Financial arm, said Ammann.

Meanwhile, Lyft rival Uber started to offer car leasing in November 2013, and revamped the program last July with more flexibility for drivers and fewer penalties if they decide to end their lease. GM is one of the few industry leaders that lets Uber drivers lease its vehicles through the program.

A Lyft spokeswoman later told Fortune that the car rentals will become available in Lyft’s major markets starting in mid-January.

This won’t be the only car rental option available to Lyft drivers. In October, the company announced a partnership with Hertz that will provide very short-term car rentals to Lyft drivers at rates it claims are low enough that they can still make money after they pay the fees.

Chinese automaker GAC recently said it has made an undisclosed investment in Uber’s Chinese arm, which will promote the automaker’s selling and leasing services, and energy efficient cars.

Along with GM, Lyft, raised the rest of its new funding from Kingdom Holding Company, Janus Capital Management, Rakuten, Didi Kuaidi, and Alibaba, among others. Didi Kuaidi is also a strategic partner—the two companies teamed up with India’s Ola and Southeast Asia’s GrabTaxi to let their respective customers book and pay for rides through each other’s services when traveling abroad without having to download separate apps.

As Lyft continues to face stiff competition from Uber, which is reportedly in the midst of raising a $2.1 billion mega-round, it plans to use new funding to add more drivers and passengers in the U.S., as well as hopefully increasing existing passengers’ usage of the service, said Lyft co-founder an president John Zimmer.

In October, Lyft said it hit $1 billion in gross revenue run rate based on its gross bookings of $83 million, though the company’s actual revenue is much smaller since it shares that money with drivers. Zimmer declined to comment on whether Lyft is profitable yet, though a recent report from Bloomberg suggests that it’s far from it. 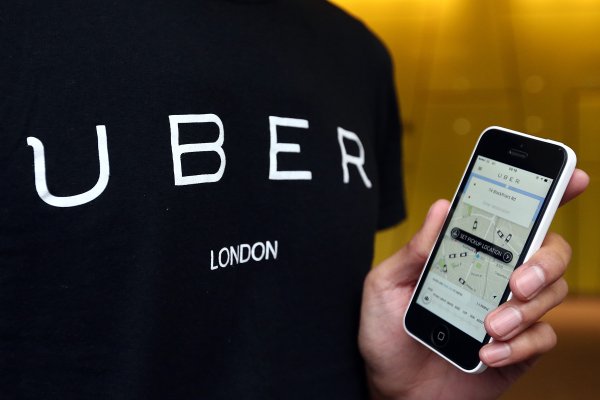