Hard rockers Mötley Crüe closed out their lengthy farewell tour with a final show at Los Angeles’ Staples Center on New Year’s Eve, but not without a minor mishap. The group has a recurring element of its show where drummer Tommy Lee soars around venues on a custom rollercoaster, and that rollercoaster broke down Thursday night, leaving Lee suspended upside-down above concertgoers.

Crüe’s crew quickly came to Lee’s aid, but the mishap will surely be documented on the concert film the band plans to release of the final gig later this year.

“I’m proud we’re going out together and not in pieces like so many before us,” the band’s bassist Nikki Sixx told EW in December when discussing Mötley Crüe’s farewell. “I’m excited about the future and proud of our past. I’m excited for Tommy, Vince [Neil], and Mick [Mars], and wherever they may roam musically.”

For more on Mötley Crüe, read Sixx’s stories behind some of the band’s most famous songs — and check out fan footage of Lee’s drumming accident above. 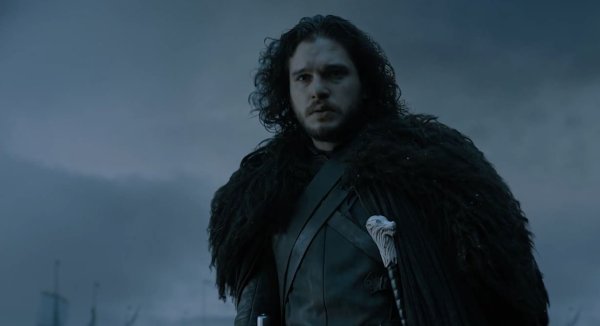 New 'Game of Thrones' Book Won't Be Out Before TV Show
Next Up: Editor's Pick