It’s now official: George R.R. Martin will not have his next novel out before HBO’s Game of Thrones returns in April.

The author posted on his blog early this morning that eagerly awaited The Winds of Winter is “not finished.”

Martin also gave readers some rare backstory into his publication process. He planned to have sixth book in his A Song of Ice and Firesaga done by April but missed his first deadline at the end of October. His last novel in the saga, the 1,040-page A Dance with Dragons, was published in 2011.

“Unfortunately, the writing did not go as fast or as well as I would have liked,” he wrote. “You can blame my travels or my blog posts or the distractions of other projects and the Cocteau and whatever, but maybe all that had an impact… you can blame my age, and maybe that had an impact too…but if truth be told, sometimes the writing goes well and sometimes it doesn’t, and that was true for me even when I was in my 20s. And as spring turned to summer, I was having more bad days than good ones. Around about August, I had to face facts: I was not going to be done by Halloween.”

Martin’s editors then extended his deadline, but then he missed that one too.

“I still thought I could do it… but the days and weeks flew by faster than the pile of pages grew, and (as I often do) I grew unhappy with some of the choices I’d made and began to revise … There are no excuses. No one else is to blame … I tried, and I am still trying.” So when will the new book come out? “I am not going to set another deadline for myself to trip over,” Martin wrote. “The deadlines just stress me out. I am going back to my stance from last March, before all this. It will be done when it’s done. And it will be as good as I can possibly make it.”

The author then tackled the “will the show spoil the books” question and pointed out that the Emmy-winning series is increasingly diverging from his work.

“When you ask me, ‘will the show spoil the books,’ all I can do is say, ‘yes and no,’ and mumble once again about the butterfly effect,” Martin wrote. “Those pretty little butterflies have grown into mighty dragons. Some of the ‘spoilers’ you may encounter in season six may not be spoilers at all… because the show and the books have diverged, and will continue to do so.” 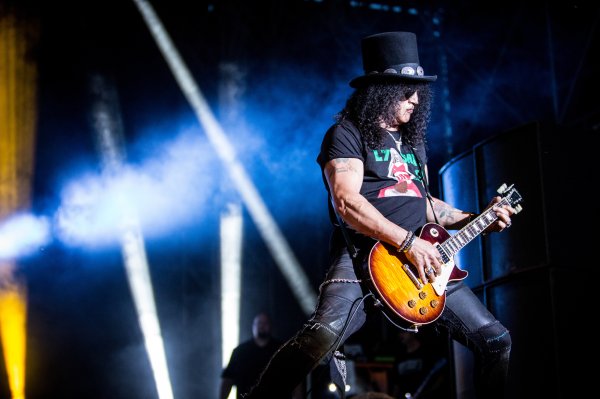 Slash Honors Motörhead's Lemmy With 'Ace of Spades' Performance
Next Up: Editor's Pick